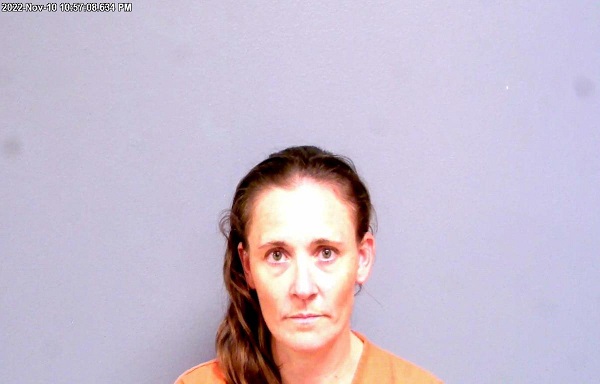 (Stillwater, Okla.) — A 41-year-old Yale woman has pleaded guilty to trafficking marijuana, 71.24 pounds of which was found in a processing plant in her garage, according to an affidavit by a Yale police officer.
Ranae Fay Andrews was placed on 10 years’ probation with extensive conditions as part of a plea agreement with the prosecution that was approved by Payne County Associate District Judge Michael Kulling on Tuesday, court records show.
Andrews, who had been jailed on $75,000 bail since her arrest on Nov. 10, 2022, was ordered to pay the cost of her incarceration, a $960 prosecution fee, a $2,000 fine and $350 in other assessments along with court costs.
Andrews must also have a substance abuse evaluation, take any recommended follow-up treatment, undergo random drug tests, show proof of employment and perform 100 hours of community service as conditions of her probation, court records show.
Andrews had been arrested at 9:47 pm on Nov. 10, 2022, at 349 N. B Street after Yale police were asked to assist the Pawnee County Sheriff’s Department with a search warrant, an affidavit said.
“This home is a known drug house and is on our watch list with people coming and going all hours of day and night,” Yale Police Officer Stephen Lombard wrote in an affidavit.
“The search warrant was a no-knock warrant and could be served any time. The door was breached with a sledgehammer by a Pawnee County deputy,” the affidavit said.
Two juveniles in the home were released to grandparents, the affidavit said. A man in the home was given a Yale citation for possessing drug paraphernalia and released, the affidavit said.
“The garage had a marijuana processing plant set up with screens for processing the marijuana, baskets set up with plastic bags in them for placing the processed marijuana into, once processed,” the affidavit said.
Also found were “Clear plastic bags in several sizes, several large trash bags with marijuana, four sets of scales, plastic and rubber gloves, a basket with used rubber and plastic gloves, ash trays set around with marijuana residue and pieces of marijuana cigarettes (joints), a 55-gallon drum with several large bags of marijuana packaged in amounts of around 1 lb., sealable plastic wrap with a vacuum seal machine, two hand-held two-way radios, one on a charge and turned onto channel 15 and the other was charged but turned off on channel 14,” the affidavit said.