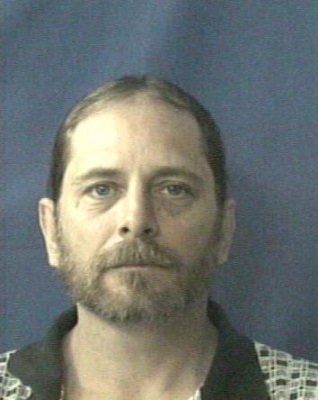 (Stillwater, Okla.) — A Yale man with a history of domestic violence has been ordered to appear in court on May 31 on charges of threatening to shoot his wife with a handgun and being a convicted felon in the possession of four guns.
If convicted of both counts, Emmett Eugene Walker, 57, who remains free on $10,000 bail, could be given as much as a 20-year prison term, court records show.
Although his wife did not want to pursue a domestic assault charge against him, Walker was arrested at 8:32 pm on April 15 for being a convicted felon in possession of a firearm, according to an affidavit by Payne County Sheriff’s Deputy Bobby Miller.
The deputy had his body-worn camera on when he arrived at the couple’s rural Yale home at 7:47 pm on a report that Walker had pointed a gun to his wife’s head, an affidavit alleged.
Walker’s wife was in the road in front of their residence and said that Walker was in the trailer, according to the deputy’s affidavit.
“I exited my unit and yelled for Mr. Walker to come out and he complied — raising his arms up in the air. I then checked him for any other weapons and removed two knives from his pocket,” the deputy alleged in his affidavit.
After Walker was placed in another deputy’s unit, Walker’s wife said, “they got into an argument over Mr. Walker thinking she was having an affair. She advised she received a call from someone, so she called it back because she didn’t know who it was. She advised a male answered and Mr. Walker became angry.
“She stated that she was going to call the police, and he told her ‘Call the police’ because you will go to jail for buying the guns,” since Walker was a convicted felon, the affidavit alleged.
“She advised that she was going to take the guns outside and throw them into a pond and Mr. Walker grabbed her and pulled her back into the trailer and she fell on the bed. She advised he told her not to get rid of the guns.
“She states that Mr. Walker then pointed the gun at her and told her that he would kill her. She states he then pointed the gun at his own head and told her that he was going to make her shoot him, so she would go to jail.
“She advised that he tried to put her finger on the trigger, but she was able to keep it off. She did say that Mr. Walker was hitting himself in the forehead with a pistol. She advised she was finally able to get up and go outside and call the police,” the affidavit alleged.
When the deputy talked to Walker, “He advised the argument started about the color of a horse. He then said that she was speaking to another male and he believed she was having an affair.
“I asked him if he pointed a gun at her, and he denied it and stated that she pointed it at his head. I did observe an area in the middle of his forehead that appeared to look like the front of a firearm. Mr. Walker advised he did nothing wrong and that she should go to the jail for buying the guns knowing he was a felon.
“(Walker’s wife) went into the house and brought four firearms to me — two pistols, one shotgun and one rifle. She advised the semi-auto pistol was the one he pointed at himself and at her,” the deputy alleged in his affidavit.