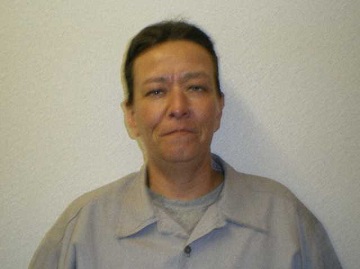 (Stillwater, Okla.) — A repeat drug offender from Tulsa remains jailed on $100,000 bail pending a Sept. 8 pre-trial hearing on charges of trafficking heroin and possessing methamphetamine with intent to distribute in Stillwater.

Belinda Lee Becktol, 52, “stated she had already distributed heroin to approximately 10 different people during the day,” on May 16 before she was arrested, Stillwater Police Detective Newly McSpadden alleged in an affidavit.

“Becktol had $1,350 in U.S. currency on her person which I believe to be proceeds for distributing narcotics,” the Stillwater detective alleged in his affidavit.

In a jail interview, “it was determined Belinda had concealed narcotics in her body cavity and agreed to voluntarily retrieve them,” Stillwater Police Detective Brett Moore alleged in another affidavit.

“Eventually Belinda produced a clear plastic baggy containing 9.01 grams of a black tar-like substance believed to be heroin…I had previously received information Belinda had approximately 23.5 grams of heroin prior to our contact with her,” the Stillwater detective alleged in his affidavit.

After a search warrant was granted for drugs hidden inside Becktol’s body, “Detective McSpadden and I transported Belinda to the Stillwater Medical Center,” where she refused to allow a physician to perform a pelvic examination,” Detective Moore affidavit alleged in his affidavit.

“Belinda began to cry and stated, ‘I am screwed if I give you the rest of this.’ Belinda eventually agreed to voluntarily remove the narcotics. Belinda removed an additional bundle from her body cavity and allowed the ER doctor to perform a pelvic examination to ensure there were no additional bundles insider her body cavity,” the affidavit alleged.

“The ER doctor handed me an amount of a black tar-like substance, which I believed to be heroin,” Detective Moore alleged in his affidavit.

After Becktol was taken back to the Stillwater City Jail, “I was notified by detention staff that a large amount of electrical tape was located in Belinda’s toilet. Belinda admitted to removing the electrical tape from the bundle and biting off a small portion of the heroin prior to being transported to the ER, due to her fear of getting sick from withdraw,” the detective alleged in his affidavit.

“The total weight of the two bundles was 14.01 grams,” of suspected heroin, the affidavit alleged.

An investigation had begun on May 16 after Detective McSpadden was informed of possible drug activity near a convenience store at the intersection of 6th Avenue and Perkins Road, his affidavit said.

After a traffic stop on the suspect vehicle in which Becktol was a front-seat passenger, she voluntarily removed a syringe from her bra and was initially arrested for possession of drug paraphernalia, an affidavit alleged.

When Becktol was searched at the Stillwater City Jail, she had baggies containing pills, suspected heroin, methamphetamine, and numerous broken home-pressed pills, the affidavit alleged.

“To eliminate the risk of Fentanyl exposure, I did not closely examine the pills,” Detective McSpadden wrote in his affidavit.

“Becktol stated she was in Stillwater to sell a man some of the pills. Becktol admitted her phone was going to have messages talking about distributing narcotics,” the affidavit alleged.

At the time of her Stillwater arrest, Becktol was on four years’ probation for possessing a stolen vehicle, heroin, and methamphetamine in Tulsa County in 2014, for which she was placed in a program called Women in Recovery in 2015 that she completed in September of 2016 when she was given suspended sentences, court records show.

Becktol has a criminal record dating back to age 19 when she received probation for larceny in 1986 in Canadian County. Becktol later served prison sentences for passing forged checks and robbery in 1995 in Canadian County followed by multiple drug convictions between 2001 and 2009 in Oklahoma County, court records show.