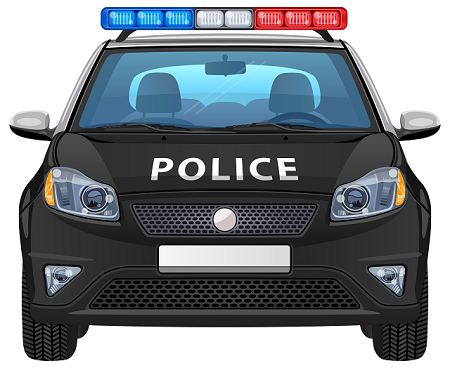 STILLWATER — A homeless woman from Perry, who has been jailed on $150,000 bail since her arrest at 5:22 p.m. on Halloween, was given a five-year prison term Friday for attempting to elude Stillwater police, who were following her speeding car on a bounty hunter’s tip that three fugitives including her were in the vehicle, court records show.

Marker had an outstanding bench warrant for failing to appear in Noble County District Court on a 2016 Perry shoplifting case, court records show.

In the Halloween case, Marker was originally charged with assault with a dangerous weapon on a Stillwater police officer, but that count had been dropped before she pleaded guilty to her other counts Friday.

Marker was the girlfriend of an active gang member in the car, who had allegedly threatened to have a shootout with opposing gang members, according to an affidavit by Stillwater Police Officer Newly McSpadden.

Stillwater Police Detective Brett Moore and McSpadden “responded to the area of 13th Avenue and Duck Street to assist the bounty hunters in capturing the fugitives,” the affidavit said.

“We were catching up to the vehicle as it was approaching the intersection of 14th Avenue and Main Street,” when the car stopped at a stop sign,” McSpadden wrote in his affidavit.

“We began yelling at the driver and occupants to show us their hands and to roll down their windows, but they were not compliant. Detective Carson arrived and stood to the left side of my driver’s door and began giving commands also.

“At this time, the driver, Marker, accelerated at a high rate of speed in an attempt to elude us and drive through the intersection. Moore and I immediately got into my vehicle to continue pursuing the suspects and Carson began running back toward the vehicle he was in.

“At this point, there was a black Chevy Silverado traveling north on Main Street. The front of the suspect vehicle collided with the front driver’s side panel of the victim’s vehicle. This collision caused the suspect vehicle to spin 180 degrees and face the west.

“Upon hearing the collision, Carson came running back toward the crash. Marker was now driving west toward my vehicle along with Carson who was on foot. Carson was directly north of my vehicle giving the driver commands to stop the vehicle, but Marker continued driving toward my vehicle and Carson,” who jumped out of the away to avoid being struck by Marker’s vehicle, McSpadden wrote in his affidavit.

“Marker’s vehicle was inside of one foot from striking Carson. Directly after this point, the vehicle became inoperable and rolled to a stop directly behind my vehicle,” McSpadden wrote in his affidavit.

Marker and the other two fugitives were removed from the vehicle, the affidavit said.

“Marker sustained minor injuries and was transported to the Stillwater Medical Center,” after which she was jailed, the affidavit said.

“In the driver’s floorboard I located numerous used syringes which were seized as evidence,” McSpadden wrote in his affidavit.