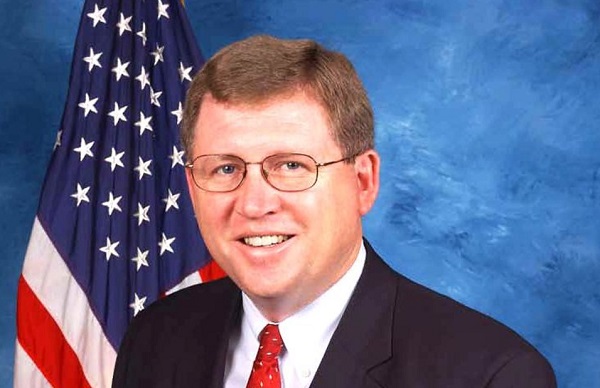 “Today is a historic day for Oklahoma’s farmers, ranchers, and manufacturers. With what started out as a campaign promise, today, President Trump signed into law the USMCA- a critical agreement modernizing and rebalancing the trade relationship our nation has with Canada and Mexico.

Trade with Mexico and Canada supports over 112,000 Oklahoma jobs and we export over $2.4 billion worth of goods and services to our neighbors to the North and South annually. By increasing market access for Oklahoma’s agriculture producers and ensuring a level playing field for our businesses and workers, the USMCA is sure to foster more opportunities for Oklahomans.

The strength of our great state can be seen through the long days our farmers and ranchers spend in the fields or by the labor of our manufacturers. I applaud President Trump and his Administration for fulfilling his promise to the American people and renegotiating this fair and reciprocal agreement and I look forward- as do my fellow farmers and ranchers- to Canada and Mexico fully implementing this historic agreement.”

According to a United States International Trade Commission estimate, the United States-Mexico-Canada Agreement would raise U.S. real GDP by $68.2 billion and U.S. employment by 176,000 new jobs. The Commission also estimates that U.S. exports to Canada and Mexico would increase by $19.1 billion and $14.2 billion, respectively.

USMCA will advance United States agricultural interests in two of the most important markets for American farmers, ranchers, and agribusinesses. This high-standard agreement builds upon our existing markets to expand United States food and agricultural exports and support food processing and rural jobs.

All food and agricultural products that have zero tariffs under the North American Free Trade Agreement (NAFTA) will remain at zero tariffs. Since the original NAFTA did not eliminate all tariffs on agricultural trade between the United States and Canada, the USMCA will create new market access opportunities for United States exports to Canada of dairy, poultry, and eggs, and in exchange the United States will provide new access to Canada for some dairy, peanut, and a limited amount of sugar and sugar-containing products.