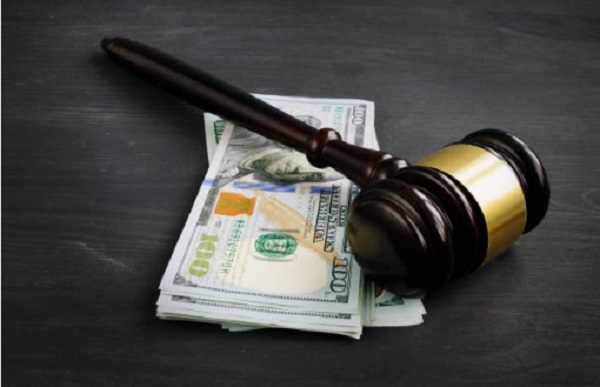 (Tryon, Okla.)  — As a result of a state investigation alleging that over $90,000 of Tryon’s funds had been misappropriated, criminal charges of embezzlement along with conspiracy have been filed against the former police chief, his wife, and a former clerk of this small Lincoln County community.
Former Tryon Police Chief Jered Dewayne Prickett, 47, has been accused of illegally obtaining a total of $82,778.54 during a six-year period between Jan. 1, 2013, and May 13, 2019, court records show.
In one embezzlement count, Prickett was charged with depositing four donated checks belonging to the Tryon Police Department totaling $3,960 into his personal bank account, using the only bank debit card for the Town of Tyron Police Authority to make withdrawals totaling $4,866.50 for personal use, and using the town’s Conoco Phillips fuel card for personal use totaling $2,964.35.
In another embezzlement count, Prickett was charged with receiving $25,401.21 of improper holiday pay, 19 extra payroll checks totaling $18,672.96, 710 hours of unearned vacation time totaling $15,170.90, 598 hours of undocumented overtime pay, and 42 hours of hazard pay totaling $525 with the total sum of $70,987.69.
In an affidavit, Lincoln County District Attorney’s Chief Investigator James M. Hendrickson alleged, “On various dates between January 2016, and January 2019, four firearms were purchased with town funds and signed for by Prickett. As of March 16, 2021, the guns were not located in the Town of Tryon assets and were unaccounted for.”
Along with being the town’s police chief, Prickett also served as Tryon’s utility operator and animal control officer, according to a state audit that said he officially resigned effective June 13, 2019. Prickett remains free on $10,000 bond pending his arraignment on July 7 on a three-count charge.
If convicted of both counts of embezzlement, Prickett could be given as much as a 16-year prison term, a $20,000 fine and an order to pay restitution. If convicted of an additional count of conspiring with his wife and a town clerk to misappropriate Tryon’s funds, Prickett could be given a prison term of 10 years and a $5,000 fine.
His wife, Candace Marie Prickett, 47, who was the town treasurer and utility operator, also remains free on $10,000 bond pending her July 7 arraignment on one count of receiving unauthorized payments for 119 hours of unearned vacation time totaling $1,487.50, 272 hours of unauthorized hazard pay totaling $3,400, and $325 of improper holiday pay between Jan. 1, 2017, and May 13, 2019. If convicted of embezzlement and conspiracy to defraud the town, she could be given an 18-year prison term, a $15,000 fine, and an order to pay restitution. She resigned on June 17, 2019, the state audit said.
Jessica Marie Turpin, 32, who was a utility clerk and later court clerk until her termination in November of 2020, remains free on $7,500 bond pending her June 30 arraignment on one count of embezzlement by fraudulently appropriating $3,120 for 280 hours of received unauthorized hazard pay, and one count of conspiracy between Jan. 1, 2017, and May 13, 2019. If convicted of both counts, Turpin could be given a 15-year prison term, a $10,000 fine, and an order to pay restitution.
The felony charges against the three former town employees, who were primarily responsible for Tryon’s day-to-day operations, were filed on May 10 by Lincoln County District Attorney Allan Grubb following an investigation by the Oklahoma State Auditor and Inspector’s Office, court records show.