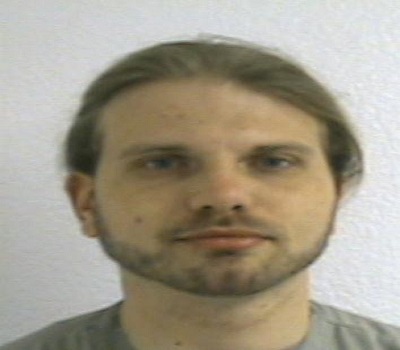 (Stillwater, Okla.) — A Tryon man, who was incarcerated for seven and one-half years for shooting with intent to kill a woman at a mobile home park near Perkins, has been sent back to prison for violating the probationary part of the sentence he was given for pointing his gun at four others in the area, court records show.

Christian Morris Payne was 18 at the time of the shooting that occurred at about midnight on Aug. 24, 2009, in the Piney River mobile home park, court records show.

Payne, now 28, was released from prison 13 months ago after being considered to have discharged his 10-year shooting with intent to kill sentence to begin serving ten years of probation for pointing his firearm at four others, court records show. He was arrested on Feb. 19 in Oklahoma City on a prosecutor’s motion to revoke his probation.

Payne’s probation was revoked last week by Associate District Judge Stephen Kistler, who recommended that he be given substance abuse treatment in prison. Payne had been arrested and charged with having methamphetamine and drug paraphernalia in Perkins on May 15, 2018, less than three months after he was released from prison, court records show.

In recommending that Payne be sent back to prison as an absconder, his probation and parole officer noted that he failed to provide proof that he had performed 120 hours of community service as ordered at his 2010 sentencing in the five-count case.

The shooting at the Piney River mobile home park on West Freeman in rural Perkins was investigated by Payne County Sheriff’s Deputy Paul Fox, who was advised “that a female had been shot and that the suspect, Mr. Payne, was still at the scene and randomly shooting,” according to his affidavit.

“I arrived on scene at approximately 12:16 a.m. and observed Mr. Payne run between two trailers,” the deputy wrote in his affidavit.

The woman, who had been shot in the left shoulder that caused a lung to have possibly collapsed, was evacuated from the area and transported to an ambulance from which she was airlifted to the OU Medical Center where she was admitted in the intensive care unit, the affidavit said.

Before she was removed from the scene, the woman told the deputy “she had been shot by Mr. Payne and that she was shot over an argument about him breaking a household item,” the affidavit said.

The woman said that “Payne was wearing blue jeans, no shirt and was still in possession of a .22 caliber pistol,” later determined to be a six-shot revolver with two live rounds when it was taken from him, the affidavit said.

Payne was located under a mobile home occupied by a father and his four-month-old son, the affidavit said.

“Mr. Payne put the muzzle of a revolver to his head and threatened to kill himself. Neighboring residents were evacuated from their homes while I continued talking with Mr. Payne in an attempt to talk him out of any further violent actions,” the deputy wrote in his affidavit.

“I continued talking with Mr. Payne for approximately one hour and 26 minutes, slowly gaining his confidence until he came out from under the trailer and with him still in possession of the pistol, I was able to get close enough to him to deploy my Taser, which ended the stand-off without any further injuries,” the deputy wrote in his affidavit.

“During the long conversation with Mr. Payne, he stated several times that he should have shot the ‘b….’ in the head so that he would ensure that she was dead,” the affidavit said.