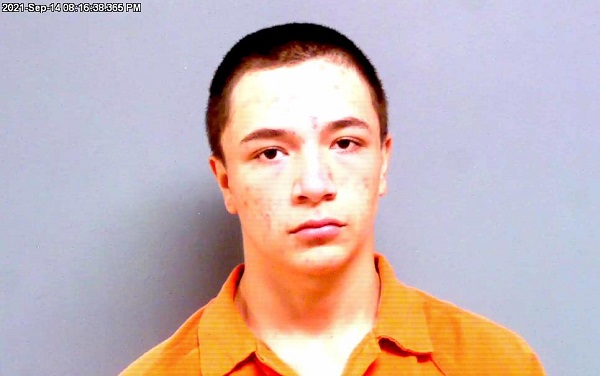 (Stillwater, Okla.) — An 18-year-old Glencoe man has been jailed on $50,000 bail on a felony charge of using a 9 mm gun to threaten an Academy Sports and Outdoors employee who had approached him for shoplifting, and misdemeanor counts of stealing ammunition and an ammunition magazine from the store, as well as possessing methamphetamine, marijuana and drug paraphernalia, all on Oct. 31.
Nicholas Michael Ruby could be incarcerated for 12 years plus 30 days and fined as much as $7,500 if convicted of the four-count charge on which he has been scheduled to appear in court on Dec. 6.
Only 12 days earlier, Ruby had been released from the Payne County Jail on a personal recognizance bond pending his April 19, 2022, sentencing under the Delayed Sentencing Act for Youthful Offenders when he pleaded guilty on Oct. 19 to burglarizing an employee’s car in a restaurant parking lot at 2000 N. Boomer Road.
In that Payne County burglary case, Ruby told a Stillwater police officer he’d just been released from the Oklahoma County Jail for drug possession, an affidavit said. Ruby had pleaded guilty to possessing methamphetamine, Xanax, marijuana, and drug paraphernalia on July 20, for which he was sentenced in Oklahoma County on Aug. 25 to 35 days in jail with credit for time served, court records show.
Stillwater Police Officers Trevor Meridith and Alonzo Cordova had been sent at 8:35 pm on Sept. 13 to Tacos Los Primos at 2000 N. Boomer Road after an employee saw someone in another employee’s vehicle, an affidavit said. “Employees of the business were reportedly keeping the suspect there until police arrived,” the affidavit said.
“Earlier in the shift, there had been multiple reports of a shirtless white male checking car doors in the same area (1815 N. Boomer and 1500 N. Boomer). The suspect was not located during any of those calls for service,” Meridith wrote in his affidavit.
“A shirtless white male, later identified as Nicholas Ruby, was sitting on a curb in the parking lot next to the driver’s side of the white SUV,” where employees were standing, the affidavit said. “I contacted one of the employees who pointed out Ruby when I asked who was in the employee’s vehicle,” Meridith wrote in his affidavit.
“I approached Ruby and placed him into handcuffs while he sat on the curb,” and explained that was only to keep him from attempting to run, Meridith wrote in his affidavit.
“Ruby started talking and stated he was on his way to a friend’s house when three other people he was with decided to start ‘car hopping.’ I said ‘you weren’t in the car, is that what you’re saying’ and asked why witnesses would be telling me he was in the employee’s car.
“Ruby stood by his story that he was walking to his ‘homeboy’s crib’ when three ‘hooligans’ he was with decided to ‘hop up in this car,’ referring to the white SUV he was sitting next to. Ruby claimed he didn’t enter any cars, but the other three did. Ruby said those three took off, but he kept walking. It is unknown why Ruby remained at the scene when he was discovered by employees of the business.
“Ruby seemed very lethargic and slow to react. His speech was slow, somewhat thick and difficult to understand at times. I asked Ruby if he was on something. He denied having used any legal or illegal drugs. Based on my training and experience, I believed he was under the influence,” Meridith wrote in his affidavit.
“I learned that the female that owned the white SUV stated she was missing a $20 bill from her car,” which was not located on Ruby, Meridith wrote in his affidavit.
“Detention staff later found a $5 bill and two $1 bills tucked into his underwear during the booking process. Officer Cordova stated the witnesses never observed anyone else with or around Ruby in the business parking lot.
“I also learned Ruby apparently told the employees he had warrants and they could have his backpack, along with everything in it if they would just let him leave prior to police arriving. Cordova confirmed at least one witness did observe Ruby in the front passenger seat of the white SUV in the parking lot,” Meridith wrote in his affidavit.
When the officer opened a large duffle bag with backpack straps on the bottom side, he found what appeared to be a military-issued tactical plate carrier with both soft body armor and ceramic plates, a lot of loose change, and other items, the affidavit said.
“The only thing I located with a name on it was an envelope containing some miscellaneous coupons,” Meridith wrote in his affidavit.
“During the booking process, Ruby was obviously not happy about being in jail again and made the comment ‘I was carhopping when homeboy across town could be murdering some shit,"” the affidavit said. 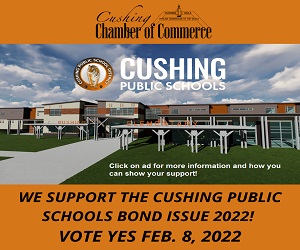