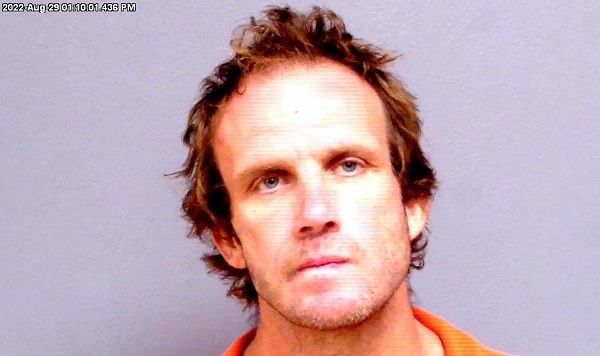 (Stillwater, Okla.) — A Stroud man, who had been released from prison in May of 2021, was given an eight-year prison term on Tuesday for severely injuring a man at a residence in the 300 block of E. 7th Street in Cushing in July of 2022.
Jack Dwayne Milligan, 46, who has been in the Payne County Jail since August, pleaded guilty on Tuesday to aggravated assault and battery after prior felony convictions, court records show.
The victim had declined to be hospitalized shortly after the July 21 attack, but two days later he admitted himself to the emergency room of Hillcrest Hospital in Cushing, according to an affidavit by Cushing Police Officer Marcus McCawley.
A physician told police that the victim “was suffering from pneumothorax as well as a broken rib. He advised that the air was escaping from his lung and was filling up his chest cavity,” which was fatal without proper treatment, the affidavit said.
The victim said that he was attacked about 15 minutes before Cushing police officers arrived at 3:49 pm on July 21, the affidavit said.
He said the suspect was looking for his roommate, but after the victim told him she was not there, the suspect “approached him and stated, ‘I own this property, you son of a bitch,"” the affidavit said.
The victim said, “the suspect did not hit him, but he did however grab a hold and throw him to the ground where he struck an ice chest,” the affidavit said.
“When asked by the EMTs if he wanted to go to the hospital, he stated no. He informed the EMTs that he was sore and had blood on his wrist,” the affidavit said.
The Cushing officer took photos of the victim’s injuries, one on the left side of his ribcage, on the left side of his back, and one on his left wrist, the affidavit said.
The victim said that he had never met the suspect, who walked away and picked up his bike, the affidavit said. “However, he turned around and re-approached (the victim) in the doorway where he proceeded to grab and throw him back inside the house,” before going east on 7th Street on a blue bicycle, the affidavit said.
The next day, the Cushing officer went back to the residence for a follow up with the victim whose “neck seemed to be significantly larger than my last interaction with him the day before. I asked (the victim) if he wanted an EMT to come take a look at him to which he shook his head no and stated no. (He) advised that he felt like he needed pain medication, and due to his pain from the injuries, he had to sleep standing up,” the affidavit said.
The following day, the victim went on his own to the Cushing hospital, and after being released identified Milligan as the suspect in a photo lineup conducted by Cushing Police Officer Jason Beal, the affidavit said.

According to the state Department of Corrections, Milligan has a criminal history in Payne County that dates back to 1995 when he was placed on probation for drug possession. Milligan served prison sentences for possession of a stolen vehicle, assault and battery on a police officer and escape, all in 2013. Milligan also served a prison term for assault and battery on a police officer in 2017, DOC records show.