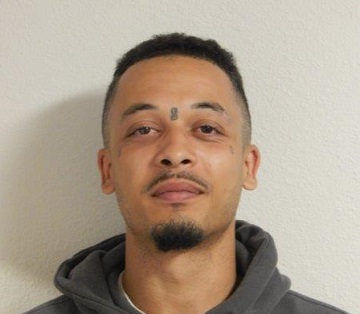 (Stillwater, Okla.) — A Stroud man, who allegedly told a Stillwater police detective he carries guns since his father was murdered, has been charged with having the drugs methamphetamine, marijuana and heroin with intent to distribute, as well as possessing a 9 mm pistol and semi-automatic shotgun after a prior firearm conviction.

In an interview after a Jan. 8 traffic stop on a car in which he was a passenger, Smith said he was the primary caregiver for three children, ages 4 to 8, in the vehicle, Stillwater Police Officer Newly McSpadden alleged in an affidavit.

Smith told a detective he “recently lost his job due to Covid so he sells methamphetamine to help pay bills. Smith admitted to being addicted to heroin. Smith stated the guns belong to him and that he carries the guns because his father was murdered and they are for his protection.

“When Smith was asked about the night vision (set), Smith stated he was going to use it to assist in murdering the people who killed his father when he finds them. Smith stated he will always have guns and will get more guns if he is let out of jail,” the affidavit alleged.

The woman, who was driving the car with defective equipment, and the three children were allowed to leave, the affidavit said.

“Due to the guns and distribution of controlled dangerous substances going on in the vehicle with the children, a DHS referral was completed,” the affidavit alleged.

The semi-automatic 12 gauge shotgun that was found in the vehicle’s trunk “was wrapped in a pair of men’s jeans and was chamber-loaded with one round and had four additional rounds in the tube,” the affidavit alleged.

“Also in the front seat area we located a Stealth Cam night vision set which was seized,” the officer alleged in his affidavit.

A gun case, which was found between Smith’s left foot and the center of the vehicle on the floorboard, contained 8.3 grams of a substance tested as methamphetamine, 3.1 grams of suspected heroin, 2.6 grams of marijuana in a dispensary container, 2.3 grams of marijuana in another dispensary container, two zip-top plastic baggies, digital scales with methamphetamine and heroin residue, four syringes, a metal spoon with heroin residue, three luger 9 mm rounds and rolling papers, the affidavit alleged.