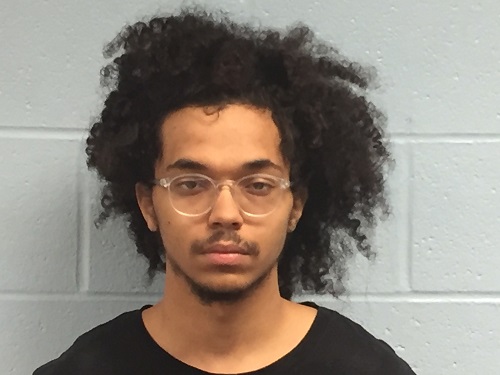 (Stillwater, Okla.) — A Stillwater teenager was charged Tuesday as an adult with first-degree murder or in the alternative first-degree manslaughter in the fatal shooting of a Stillwater man early Sunday morning at their residence in southwest Stillwater.

Coryon Maryell Leray Thomas, 17, was alleged in the charge to have caused the death of Mandrale Alexander Henry, 26, by shooting him in the torso with a 20 gauge shotgun.

If convicted of having the deliberate intent to kill the victim, Thomas could be sentenced to death or life in prison with or without parole, according to the first-degree murder charge filed by First Assistant District Attorney Kevin Etherington.

If convicted of shooting the victim while in the heat of passion without a premeditated design to cause death, Thomas could be given a prison term ranging from a minimum of four years to a maximum of life, according to the alternative count of first-degree manslaughter.

Thomas was not being held in the Payne County Jail, a sheriff’s spokesman said. Thomas had reportedly been transported to a juvenile detention facility after being arrested by Stillwater police on Sunday morning.

Stillwater Police Captain Kyle Gibbs said today in an updated news release that at 4:15 a.m. on Sunday, a frantic caller told a 911 operator that her stepson had just shot her boyfriend.

The teenage suspect was living at the residence with his father’s ex-girlfriend and Henry, as well as her four children, who were in the house when the shooting occurred, the news release said.

Henry was transported to the Stillwater Medical Center and later died of his injuries, the news release said.

The teenager was arrested at the scene, the news release said.

The gun used in the shooting was recovered at the scene, the news release said.

A total of 36 prosecution witnesses, including 11 Stillwater police officers, four Stillwater firefighters, 13 medical personnel and two juveniles were listed on the charge.