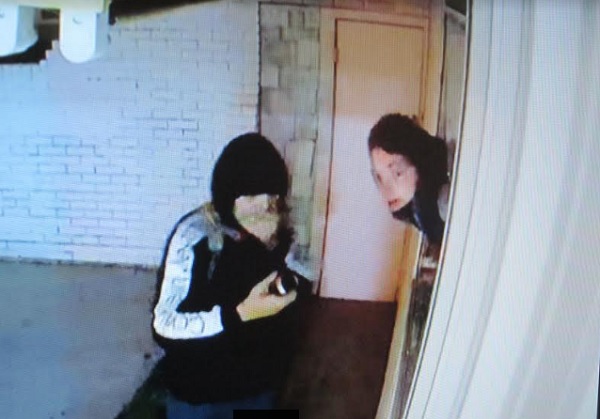 Do you recognize these suspects?
Posted on May 3, 2022

The first subject is described as white with a dark hoody on and wearing black pants. The subject had a gray or white backpack with a picture on the back of it. The subject had longer brown hair and initially was wearing a face mask.

The second subject was described as white with a dark pullover style sweatshirt. The pullover had white stripes down both sleeves with “Calvin Klein” printed on the sleeve. The subject was wearing blue jeans, black shoes and a yellow backpack.

Anyone with any information is asked to contact the Stillwater PD tipline at (405) 742-8327 or email pdtipline@stillwater.org.