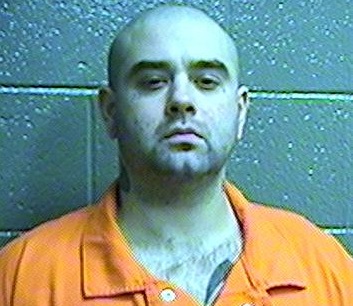 Anthony Scott Neece, 31, had been out of prison for only two and one-half months when he was arrested during a traffic stop at Lakeview and Jardot at 5:34 pm on March 23, court records show.

“Neece told me he joined the Irish mob when he went to prison. Neece told me he got out of prison on 1-10-21 and is finding it difficult to get a job,” Stillwater Police Officer Josh Carson wrote in an affidavit.

“Neece told me he sells methamphetamine and heroin to make money and the methamphetamine he had in his backpack was going to be sold to cover his lawyer fees,” the officer wrote in his affidavit.

Neece, a passenger in a car stopped by Officer Jeremy Rager for an expired license tag, said that a black backpack on the floorboard in the front passenger compartment was his, the affidavit said.

“Upon a search of the backpack, a large amount of methamphetamine, heroin, working digital scales, and packaging material were all located,” the affidavit said.

According to court records and the Oklahoma Department of Corrections, Neece was previously convicted of drug possession in Stroud in 2012 for which he was originally placed on five years of probation that was revoked five months later to a two-year prison term, of which he served six months. Neece also had a 2016 conviction for heroin possession in Oklahoma City, for which he received a five-year prison term but served about one year and four months.

Neece also had a 2018 conviction for unauthorized use of a vehicle in Oklahoma City for which he got five years of probation. Neece had been released from prison six months ago after serving about one year and seven months of a five-year prison term for third-degree burglary in Cleveland County in 2019, records show.