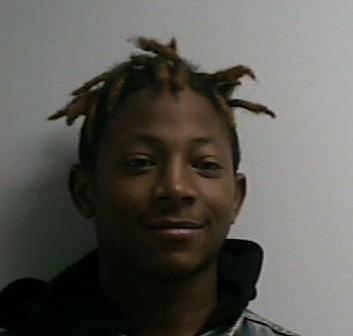 (Stillwater, Okla.) — A 24-year-old Stillwater man — on probation for committing armed robbery at an OSU dormitory at age 19 — was arraigned by video Wednesday from the Payne County Jail where he is being held on $25,000 bail on a charge of beating a Stillwater man, throwing him to the ground, and taking his wallet containing cash and credit cards, on the day after Christmas.

Due to his criminal record, Calvin Ward could be given a prison term of 10 years to life if convicted of robbery by force with an unknown male accomplice, court records show.

The day after Ward’s Dec. 30 arrest, “Detective Carson and I interviewed Calvin in the Stillwater City Jail,” Police Investigator Brett Moore wrote in an affidavit.

“Calvin admitted to pulling a cellular phone from (the victim’s) pocket; however (he) refused to admit the taking of his wallet. Calvin further stated he took off running and threw the phone near the apartment complex,” the affidavit alleged.

The victim said that on Dec. 26 he went to an ATM in Stillwater to get cash so he and his father could buy a vehicle, the affidavit said.

He said that when he returned to his apartment complex, he was “standing downstairs smoking a cigarette when a male he knew as Calvin approached him” and asked him for drugs, but he said he didn’t have anything, the affidavit alleged.

He said “shortly after Calvin walked away, he returned again asking him for drugs;” the affidavit alleged. He said “he told Calvin to get away from him; however, Calvin refused and told (him) to empty his pockets,” but when he didn’t, “a second male grabbed him from behind and covered his mouth while pulling him to the ground,” the affidavit alleged.

He said “Calvin and the second male took off running and jumped into a vehicle,” parked near his apartment complex, the affidavit alleged.

Asked “if he was certain the male who had approached him was Calvin, (he) stated he knew 100% it was Calvin; he just did not know his last name,” the affidavit alleged.

When the victim was shown a digital photographic line-up, he identified his robber as Ward, who was subsequently arrested, the affidavit alleged.

Five years earlier at age 19, Ward was accused of the armed robbery of an OSU student in Iba Hall at 10:53 pm on Nov. 30, 2015, with two unknown accomplices of a wallet containing $600, along with a pair of Nike Air Jordan shoes, court records show.

After pleading guilty in 2018, Ward was given a one-year jail term followed by nine years of probation with an order to pay $800 in restitution, along with other requirements including random drug tests, court records show.