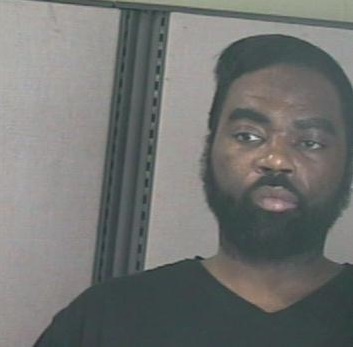 (Stillwater, Okla.) — A Stillwater man with an extensive criminal record including robbery has been charged with fatally stabbing his wife on the day she was working as a prostitute in Stillwater, court records allege.

Clyde Marquette Fields, 40, who reportedly admitted he pimped his wife, remains held in the Payne County Jail on $500,000 bail pending his arraignment with an attorney Thursday on a second-degree murder charge.

His wife, Roshauna Deshae Ray, 46, with whom he had children, had obtained an emergency protective order against him six weeks before she was slain, court records show.

According to a preliminary report from the Oklahoma Medical Examiner’s Office, Field’s wife would have lived only a few minutes after being stabbed on the right side of her chest, the affidavit alleged.

But Fields drove his wife from Stillwater to Guthrie where he left her body outside a hospital on Jan. 4, an affidavit alleged. Fields was initially charged with unauthorized removal of a dead body in Logan County and jailed there on $1 million bail.

In Payne County, Fields was charged last week with stabbing his wife on Jan. 4 in Stillwater without a premeditated design to kill her, court records show.

A 911 call had been made to Guthrie police at 7:21 p.m. on Jan. 4 about a patient outside the hospital door, Oklahoma State Bureau of Investigation Agent Michael Dean wrote in an affidavit filed in Payne County court records last week.

Fields’ wife, whose identity was not known but later obtained from fingerprints, had stab wounds and was slumped over bushes on the east end of the complex, the affidavit said. She was taken in the hospital for treatment, but a pulse was never found and attempts to resuscitate her were unsuccessful; she was pronounced deceased at 8:23 p.m., the affidavit said.

Police learned that there were several previous domestic violence reports against Fields — with his wife as the victim, the affidavit alleged.

After agencies were notified to be on the look-out for the green van, Fields was located the next day in Del City where he was arrested on an active warrant, the affidavit said. A Del City police officer found the green van that had visible blood on the front seats and center console, the affidavit alleged.

When Fields was interviewed, he said, “he did work as a pimp for Ray and she would prostitute and give him the money,” the affidavit alleged.

After she didn’t return, Fields said he got a ride to look for his wife and spotted the couple’s green van in Stillwater, the affidavit alleged.

Fields said that when he got to the van, his wife “was in the passenger front seat leaning over the center console with her hands on the steering wheel,” the affidavit said.

“He observed blood on her left breast and grabbed the breast and now had blood on his hand. He pulled up her shirt and observed two stab wounds to her chest,” Fields told authorities, according to the affidavit.

Fields said that he wanted to take her to the hospital, but she didn’t want to go to Stillwater Medical Center since she didn’t want him “to get in trouble for the restraining order,” the affidavit alleged.

When he stopped the van, “She was not responsive at that time; he had to pick her up and lay her down,” Fields said, according to the affidavit.

After Fields spotted the security building at the hospital, he called 911 to let them know she was outside, the affidavit said.

“Fields then drove to Oklahoma City. He has been stabbed before and just needed stitches,” so he thought that’s what she would need, the affidavit alleged.

Asked why he had his wife’s purse with her belongings when the Del City police officer arrested him, Fields said, “he had taken them for safekeeping including the approximately $60 cash she had in her pants pocket,” which he said she wouldn’t need, the affidavit alleged.

“Fields stated that cash was cash he had let her keep from one of the tricks because she had asked to keep the cash as an incentive to make more,” the affidavit alleged.

When video from the gas station in Langston was obtained by Guthrie police, “At no time was there movement from the passenger side of the van,” or any sense of urgency demonstrated by Fields, the affidavit alleged.

Due to Fields’ criminal record, he could receive a prison term from 20 years to life if convicted of second-degree murder, according to the charge, which lists 38 prosecution witnesses including 18 law enforcement officers from OSBI, Guthrie, Stillwater, Del City and Logan County.