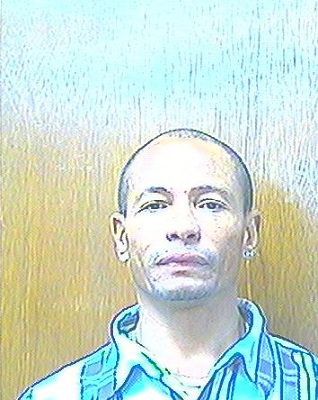 (Stillwater, Okla.) — A 61-year-old Stillwater man with an extensive criminal history has been released from the Payne County Jail on $30,000 bail with an order to appear in court Thursday on charges of choking his girlfriend and interfering with an emergency phone call.
Muriel Edward Shinault was arrested at his residence on Mockingbird Lane at 9:18 pm on April 4 by Stillwater Police Officer Jacob Rivera, who had been dispatched “for a domestic violence that just occurred,” his affidavit alleged.
The defendant’s girlfriend said, “Muriel Shinault just beat her up and left on his bicycle,” the affidavit alleged. She said that she did not need an ambulance, while the officer checked the area for Shinault, the affidavit said.
When the officer went back to Shinault’s residence, Sgt. Jennifer Gripe was telling someone not to move and explained, “Muriel was laying on the ground next to the residence as if he was hiding,” the affidavit alleged.
The defendant’s girlfriend said, “Muriel had got mad at her and started punching her in the face area. (She) said Muriel dragged her by the hair from the bedroom, which was upstairs, to the downstairs,” the affidavit alleged.
“I asked how many times she thought Muriel had hit her, and she said it was a lot. I could see that she had a busted bottom lip and swelling on the left side of her face,” the officer alleged in his affidavit.
When the officer talked to Shinault, “I asked why he tried hiding from us, and he said he was just trying not to have issues with her or the police,” the affidavit said.
“I advised Muriel he was being placed under arrest for domestic violence. Muriel was upset and said what about his injuries. I asked Muriel where his injuries were at, and he said he had scratches on his neck. I told him I was unable to see anything on his neck, and he said you cannot see the injuries because she does not have any nails,” the officer wrote in his affidavit.
At the Stillwater City Jail, “he removed multiple pieces of jewelry from necklaces to several rings on his hands,” the affidavit alleged.
“Sgt. Gripe arrived in the jail and advised (his girlfriend) had been strangled and Muriel also prevented her from calling 911 for help. Sgt. Gripe said (she) had a mark on the right side below her jaw line, and told her Muriel put his hand around her neck and started choking her when (she) told Muriel he was not a real man for hitting a woman.
“(She) told Sgt. Gripe in the past when Muriel would hit her, she would just tell him she was going to call the police, and he would stop, but this time when she tried calling 911, he grabbed the phone from her and just kept punching her in the face. Muriel stopped once she was able to contact the police and he left the residence,” the affidavit alleged.
“Sgt. Gripe also said (the defendant’s girlfriend) had a small round bruise on her leg, but said it appeared as if she was hit with something, and when Sgt. Gripe asked (her) how she got those injuries, she would tell Sgt. Gripe it was from Muriel’s hands.
“I advised Sgt. Gripe that Muriel was wearing several rings on his hands that had big faces with designs that could have made those types of marks,” the officer wrote in his affidavit.
According to Payne County court records and the state Department of Corrections, Shinault had previously been convicted of:
* possessing the drugs hydrocodone and tramadol in Stillwater in 2017 after a prior felony conviction, for which he was placed on 10 years’ probation;
* possessing a drug in Stillwater in 1999 for which a jury in 2001 recommended a 21-year prison term from which he was paroled in 2009;
* possessing a drug in Stillwater on another occasion in 1999 for which in 2001 he was given a concurrent 15-year prison term that he discharged in 2008;
* being a felon in possession of a gun in 1996 for which he was given a five-year prison term, but only served one and one-half years;

* second-degree burglary in 1995 for which he was given a concurrent five-year prison term, but only served one and one-half years.