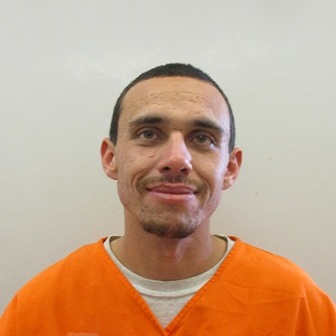 (Stillwater, Okla.) — An ex-convict from Drumright was sent back to prison Friday for violating the probation he was given in a 2017 Cushing shooting — by testing positive for methamphetamines on two occasions in 2019, refusing to complete a substance abuse evaluation, failing to provide proof of employment, failing to pay restitution, and failing to report to his supervising agency.

Nickolas Lane Hunt, 25, had admitted to Payne County District Judge Phillip Corley on Feb. 19 that he had violated his probation, court records show.

In 2017 when he was given a 10-year prison term for shooting a 9 mm pistol at a red SUV in the 400 block of E. Maple Street in Cushing, which was being driven by an uninjured man with whom he had been arguing, the judge said, “If he participates in a long-term treatment program in custody, the balance will be suspended” — which it was.

However, on Friday when the judge revoked the balance of Hunt’s suspended sentence, he told Hunt that he would again place him on probation — if he completed the Bill Johnson Drug Offender Work Camp in prison or an equivalent program, court records show.

According to the state Department of Corrections, Hunt’s criminal record includes:

* possessing methamphetamine in Memorial Park in Cushing on Independence Day of 2016 — 11 days after he had been released from prison — and possessing marijuana in Cushing on Dec. 22, 2016, for which he was given two concurrent prison terms of 10 years and five years, but served about 18 months before his release in March of 2019;

* possessing methamphetamine within 1,000 feet of a Cushing school in 2012, for which he was placed on five years’ probation on July 2, 2014, except 42 months in prison, but served about half before the balance of his probation was revoked in 2017 to a concurrent prison term;

* endeavoring to manufacture a drug in Drumright in 2013, for which he was given a three year and six months’ prison term on April 2, 2014, but served less than two years;

* possessing methamphetamine within 1,000 feet of a Cushing park in 2014, for which he was placed on 10 years’ probation on July 2, 2014, except 42 months in prison, but served about half prior to his release in June of 2016 before the balance of his probation was revoked in 2017 to a concurrent prison term.