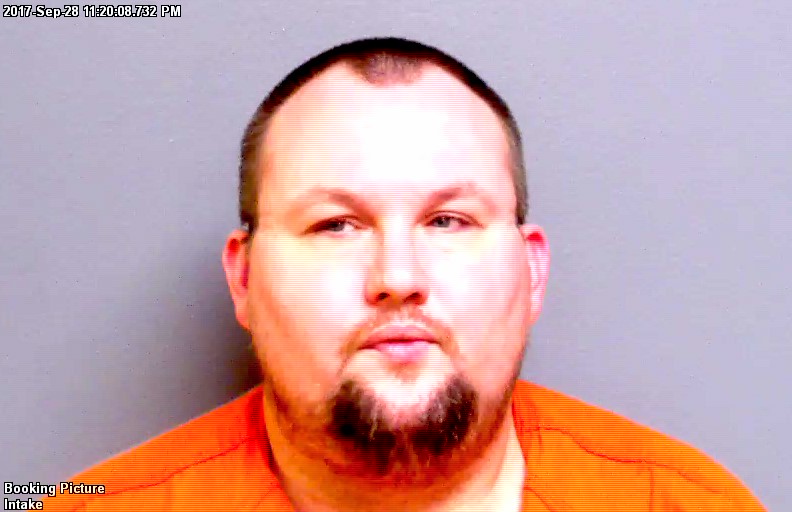 (Stillwater, Okla.) — A Perkins man who killed his father in a gun battle two years ago has been given a 10-year federal prison term for illegally possessing a firearm after a former conviction for domestic abuse, according to a Payne County prosecutor.

In light of the federal sentence, Payne County First Assistant District Attorney Kevin Etherington said that he dropped a first-degree manslaughter charge in state court this week against Jerry Ray Craine, 38, in the fatal shooting of his father, Thomas Craine, 61.

“We feel that justice has been served in the case in cooperation with the western district,” of federal court in Oklahoma City, the prosecutor added. Etherington said that Jerry Craine was sentenced in December, but has not yet been transported to federal prison.

Craine had fired 16 shots in the direction of his father, who died after being struck in the chest, according to preliminary hearing testimony in November of 2018 in the case.

Perkins Reserve Police Officer William Robert Bowen said that when he was sent to the Craine residence shortly after 5 p.m. on July 29, 2018, the son had his hands in the air and was saying repeatedly, “It was self-defense — he shot at me.”

The reserve officer said the defendant’s father “was lying on the floor with a gun underneath his body — he exhaled, then I believe he was deceased. I noticed multiple shell casings inside the living room. We waited for Chief Ernst. He made the decision to contact OSBI.”

Oklahoma State Bureau of Investigation Agent Michael Dean testified, “It was an extremely hot day. I placed him (the son) in my patrol car. He began making a statement ‘The mother f….. tried to shoot me. I had to shoot the mother f…..”

The son said “he had taken his father in — he didn’t have any place to live,” the OSBI agent testified.

The son said that he and his wife, from whom he was separated, “were getting together that evening. They were almost at Subway in Stillwater when a neighbor told him Jerry’s dad had a gun. Jerry turned the van around and headed back. He parked in the street and used his key to unlock the deadbolt. He observed his father in the kitchen with a pistol. He (the father) said ‘get out or I’ll shoot you.’ The defendant went to his personal car in the driveway and loaded his pistol with a capacity of 25 rounds. He said his father fired — he returned fire.”

The OSBI agent said that the son was crying and said, “I didn’t want to shoot my dad.” He said “his dad had done drugs most of his life. A couple of times he said his father had threatened Jerry in the past, but in the previous two months, the relationship was good,” while his father was on his medication.

The OSBI agent said that the son stepped outside to re-load his 9 mm pistol and went back inside to re-engage his father, “Thomas again shot at him and he returned fire.”

When the son was interviewed by OSBI Agent Lynda Stevens, he said his father said, “If you come in, I will shoot you. He went back to the house with a gun and asked his dad, ‘please put the gun down.’ He said his dad advanced on him.”

“The defendant left the residence three times and returned. He felt it was his right to protect himself, his family, his neighbors,” but no one was inside the house except his father, the OSBI agent testified.

“I couldn’t understand why he didn’t call the police,” the OSBI agent testified and said that two bullets were found across the street.

The OSBI agent admitted, “there’s no way to tell who fired first.” She testified the “defendant’s wife said the fact that Thomas had the gun ‘freaked him (the defendant) out.'”