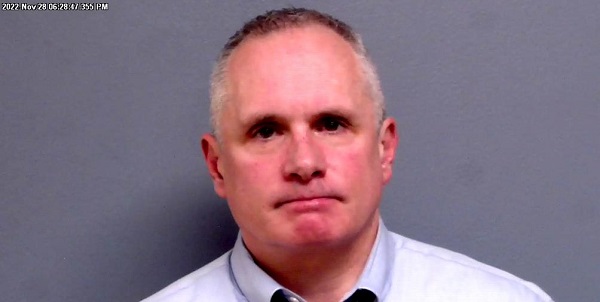 (Stillwater, Okla.) — Assistant District Attorney Kevin Etherington, who prosecuted homicides in Payne and Logan counties, was booked into the Payne County Jail Monday at 6:30 pm on suspicion of possessing child pornography, according to public records on the sheriff’s website.
District Attorney Laura Austin Thomas said in a news release Monday night, “It is with great personal outrage and devastation that I announce the arrest this evening of an attorney employee of my offices” — without naming the individual who was on her staff for eight years.
“The arrest was made by the Oklahoma State Bureau of Investigation Internet Crimes Against Children Unit for possession of child pornography.
“Members of the OSBI staffed this matter with me this morning at their headquarters,” the DA said in her news release Monday night.
The DA said that her review of the investigation “has resulted in this person’s dismissal from employment by my office.”
Austin Thomas said she has begun the process of asking the Oklahoma Attorney General to assign the case to another district attorney.
“I cannot express how dismayed and disappointed I am about this development,” the DA said.
The DA said that she would have no further comment “so as to not jeopardize prosecution by another district attorney.”