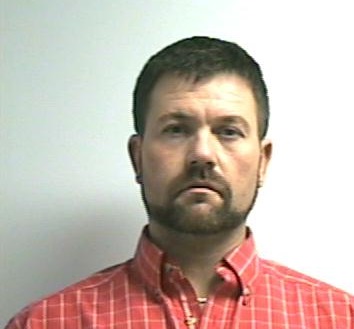 (Stillwater, Okla.) — A Payne County Jail inmate — found dead in a medical cell last week — had three current methamphetamine trafficking charges and had just been arrested that morning during the service of a search warrant for drugs at a shop building in the 600 block of E. 70th in rural Stillwater, authorities said.

If convicted of all of the drug trafficking charges already filed against him, Jeffery Paul Kay Jr., 33, reportedly of Cushing, who was on probation from Wyoming for drug possession in 2017, could have been given three life prison terms, court records show.

Payne County Sheriff Kevin Woodward told KUSH, “We had a death in the jail (last) Friday. I contacted the OSBI and the Oklahoma Department of Health jail inspection division, which is part of state statutes regarding an in-custody death. Any loss of life is horrible.”

Oklahoma State Bureau of Investigation spokesman Brook Arbeitman said in an email, “He was arrested and brought into the Payne County Jail around 7:45 a.m. (last Friday) to be booked. He had drugs on his person when he was being booked and consumed an unknown amount during intake. The booking process was completed and Kay was placed in a medical cell for observation.”

“A little after 10 a.m., Kay was discovered unresponsive in the medical cell. CPR was initiated immediately and 911 was called. Fire and EMS arrived and continued performing life-saving measures, which were unsuccessful. The M.E.’s Office is conducting an autopsy. This investigation is open and ongoing,” the OSBI spokesman added.

Before he was arrested last week, Kay had been free on $100,000 total bail on two methamphetamine trafficking charges in Payne County and another one in Tulsa County, all filed in 2018, court records show.

Kay had been arrested at 5:46 a.m. on July 31 of last year in the 700 block of E. Maple Street in Cushing after Cushing Police Officer Kurt McKean obtained a search warrant for Kay’s residence. court records show.

The Cushing officer had been sent at 2:09 a.m. that day to the house after a 911 call from On Star from a driver in the area, an affidavit alleged.

“Dispatch advised the caller was reportedly having an anxiety attack and that there was another subject unresponsive” in a bedroom at the house, an affidavit alleged.

“When we made our way to the northwestern bedroom of the residence, we encountered a male lying on the bed. He awoke and advised he was fine,” the Cushing officer wrote in his affidavit. Cushing Police Sgt. Matt Piatt asked Kay what was lying on the bed next to him before retrieving a medium-sized baggy with a large quantity of a crystal substance,” the affidavit alleged.

“I told Kay I was having trouble understanding how he fell asleep next to a large baggy of meth and paraphernalia and didn’t know there was illegal activity going on inside of his residence,” the Cushing officer wrote in his affidavit. “I then asked Kay if he were to be drug-tested, if he would ‘pop hot’ for meth. Kay stated ‘its a possibility,” the Cushing officer alleged in his affidavit.

“While searching the bedroom, I located a wad of U.S. cash which was lying in the same area I had found the methamphetamine at prior to obtaining the warrant. Kay advised all of it was his from a check he had cashed recently,” the Cushing officer alleged in his affidavit. Another man, who had been staying at Kay’s house, said that everything belonged to him, not Kay, the affidavit alleged.

At the time of that Cushing arrest last year, Kay had been free for about a month on $50,000 bail on a charge of trafficking methamphetamine after a search warrant was served at his then-residence in the 1200 block of S. Husband Place in Stillwater on June 26, 2018, court records show.

Stillwater Police Officer Brett Moore saw a bag of methamphetamine on Kay’s bed in his bedroom where 21.4 grams was located, an affidavit alleged.

“Jeffery (Kay) stated he was not aware he had that amount left due to the fact he was waiting on a shipment of one/quarter pound to arrive at his residence. Jeffery continued to state he sells approximately one/quarter pound of methamphetamine a week. He advised his supplier brings it from Kansas.

“Jeffery stated he gets one/quarter pound for approximately $1,200. Jeffery further stated everything located in the residence belonged to him. It was further determined Jeffery’s residence is less than 700 feet from Lincoln Academy,” the affidavit alleged.

Kay had been scheduled to appear in Payne County District Court in both of those methamphetamine trafficking charges on Oct. 1 to have his trials scheduled or cases disposed of, court records show.

Kay had also been charged in Tulsa County with methamphetamine trafficking on March 26, 2018, for which he was free on $25,000 bail, with an order to appear in court on Sept. 16, court records show.