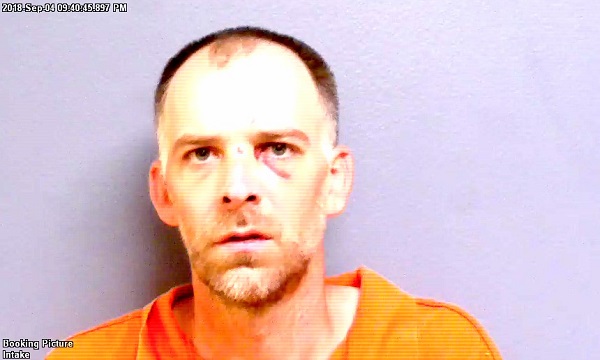 (Stillwater,Okla) — District Attorney Laura Austin Thomas announced that Robert Dean Chipman was sentenced January 6, by Payne County Associate District Judge Stephen Kistler, in a case arising from Chipman’s brutal attack upon his long time domestic partner. Stillwater Police Department received a 911 call on September 3, 2018, from Chipman’s employer who reported Chipman had told a co-worker he believed he had killed the woman and she was dead inside her home. Patrol officers immediately responded to conduct a welfare check and found the woman, very seriously injured, but alive. She was immediately transported to Stillwater Medical Center where she was stabilized for transport to OU Medical Center.

Chipman told police he had strangled the woman and when she did not die, he took a piece of board and used it in an attempt to chop off her head. Chipman was charged with Assault and Battery with Intent to Kill and in October, 2019, he entered a no contest plea to the charges without an agreement as to what his punishment should be. After hearing testimony and argument from both sides, Judge Kistler sentenced Chipman to 35 years in prison with the final five years to be served in the community on probation. The nature of the crime will require Chipman to serve 85% of the sentence before he can be considered for enhanced credits or parole. Upon release, he will also be required to register for ten years as a violent offender.

Austin Thomas said, “We are pleased to have finality for this victim who the defendant admitted he meant to kill. He would have been successful but for the actions of his co-workers and employer who called 911 and the Stillwater Police Department who responded with urgency to the call. It is nothing short of a miracle that she survived this brutal attack and it is appropriate that this defendant receive significant punishment for his actions.”