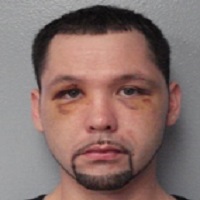 (Stillwater, Okla.) — Before fatally shooting a man in the neck about 2 a.m. on July 7 on the east side of Stillwater, Darwin Lonestar Marcel Doyal, 29, had been drinking strong beer and then taking straight shots of vodka with his brother and a friend — followed by their smoking marijuana as the trio traveled to and from the Pawnee pow wow, according to preliminary hearing testimony.

At the close of the hearing, Special District Judge Susan Worthington ordered Doyal, who grew up in Pawnee, to stand trial on a first-degree murder charge over the objections of defense attorney Royce Hobbs, who argued that police should have had a search warrant before arresting him outside his brother’s trailer home in Stillwater.

Doyal, who was listed as homeless, has a criminal record of aggravated assault and battery and remains held without bail in the Payne County Jail pending a pretrial hearing on Jan. 21, 2020. Doyal, who said nothing at his trial court arraignment this week, had a medical marijuana card, according to his brother’s testimony.

If convicted of first-degree murder of 23-year-old Jared Lance Roybal, 23, of Tonkawa, who did repair work at the Stillwater trailer park, Doyal could be given a life prison term or the death penalty, according to the charge filed by Payne County First Assistant District Attorney Kevin Etherington.

If convicted of the alternative count of first-degree manslaughter committed in the heat of passion, Doyal could be given a minimum prison term of four years to a maximum of a life sentence.

In the hearing, Stanley Doyal testified that his brother, Darwin Doyal, was driving a Cadillac CTS model when he arrived with his friend, Trey, who was driving Darwin’s Harley-Davidson motorcycle, at Stanley’s trailer in the afternoon of July 6 — before the trio left Stillwater about 7 p.m. to go to the Pawnee pow wow.

After the trio came back from the pow wow about 11 p.m., Darwin Doyal and his girlfriend went for a joyride on the loud motorcycle after midnight for 30 to 45 minutes in the Stillwater trailer park where they had some type of confrontation, his brother testified.

Later, all three were in the Cadillac that Darwin Doyal was driving with Stanley Doyal in the passenger seat and Trey in the back seat when “We came around a corner. There’s two cars sitting there. I hear words exchanged. I see the window rolled down. The guy in the van said ‘what’s up b…. to my brother. My brother shot him.

“I freaked out — what the hell just happened. The van’s pulling off so I think he didn’t get hit. My brother slowed down (by the van). I told him ‘keep going, keep going.’ I was under the assumption he didn’t get hit. He drove off,” Stanley Doyal testified.

“I’d seen him (the victim) before. He worked on the roof of my neighbor. They were doing work at the trailer park,” Stanley Doyal testified — adding “I never knew he (his brother) had one (a gun) on him that day.”

Shortly after the shooting, Stillwater police arrived at the trailer park, the defendant’s brother testified. “On the P.A., they said, ‘Darwin Doyal, step out of the house,” Stanley Doyal testified.

On cross-examination, Stanley Doyal said that he was concerned about six children, ages 2 to 11, inside the trailer when 20-30 police officers arrived outside the trailer.

“They all stormed in the house. We didn’t get a search warrant till the next day.

“They roughed him (the defendant) pretty good. I had my sister recording it. My brother didn’t say nothing. They tackled, slammed him to the ground. I was upset — he came out peacefully and willingly,” Stanley Doyal testified.

During the testimony of Stillwater Police Sgt. Andrew James Wilson, who said the victim was driven to 6th and Perkins to get help, the defense attorney argued that police should have obtained a search warrant.

“This was a clear violation of my client’s Fourth Amendment right. My client was a guest at this house. I move to suppress any evidence as a result — it’s a constructive seizure,.” Hobbs argued.

After the judge overruled the defense motion, Sgt. Wilson testified, “We did apply for a search warrant,” adding that to his knowledge there was no search of the trailer house that night. “I did not know that Stanley Doyal lived in that house,” the sergeant testified.

The prosecutor argued, “This is a probable cause arrest,” to which the defense attorney responded, “What they did was a constructive seizure of the occupants.”

The judge said, “There is a question of exigent circumstances,” and ruled there was sufficient evidence to hold the defendant for trial.

“They put all five kids with my father-in-law. We just got them back on Oct. 1,” added Stanley Doyal, who said he assumed he had to cooperate with authorities.

“We didn’t get a search warrant till the next day,” Stanley Doyal testified.