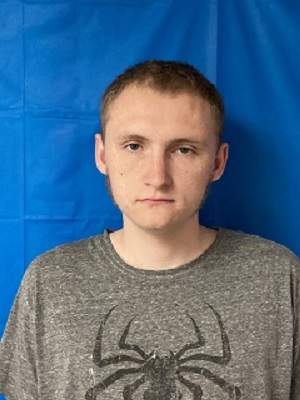 (Stillwater, Okla.) — A 20-year-old Blackwell man on probation for domestic violence has been charged with kicking two nurses and punching a security staff member at the Stillwater Medical Center emergency room — where he had been taken by ambulance for a seizure.
Michael James Raynor has been ordered to appear before a Payne County judge on May 26 on a three-count assault and battery charge after he is discharged from a residential addiction recovery center in Tulsa, court records show.
If convicted of all counts, Raynor could be incarcerated for as long as four years and 90 days, according to court documents filed last week.
Raynor was arrested at the hospital on April 8 at 10:38 pm, according to an affidavit by Stillwater Police Officer Kurt Merrill.
“As the defendant was being initially treated in the emergency room, he became violent with staff,” the affidavit alleged.
Two male members of the security staff “were on scene and tried to restrain the defendant as he lashed out against the medical staff,” the affidavit alleged.
A female registered nurse was kicked in her right breast and a male registered nurse was kicked in the right side of his upper torso along the side of his ribs by the defendant, the affidavit alleged.
One security staff member “was struck in the face by the defendant knocking his glasses from his face, and the defendant tried to bite,” another security staff member, the affidavit alleged.
After Raynor was later medically cleared, he was transported to the Stillwater City jail, the affidavit said.
Following Raynor’s release from the Payne County Jail on April 14, he was in the care of the Stillwater Urgent Recovery Center, according to a letter provided by the Grand Lake Mental Health Center, court records show.
Five days later, Raynor was discharged from that facility and transported by Grand Lake Mental Health Center staff to the 12 & 12 Addiction Recovery Center, a 30-day inpatient residential program in Tulsa where he was scheduled to discharge on May 19, court records show.
According to the state Department of Corrections and Pottawatomie County court records, in an earlier case, Raynor, who was then living in Tecumseh, pleaded guilty on June 17, 2020, to domestic assault and battery by strangulation and was given a five-year deferred sentence including 39 days in jail.

Less than five months later, on Nov. 4, 2020, Raynor was found in violation of the terms of his probation and given a one-year prison term, of which he served about five months, followed by two years of probation, court records show.