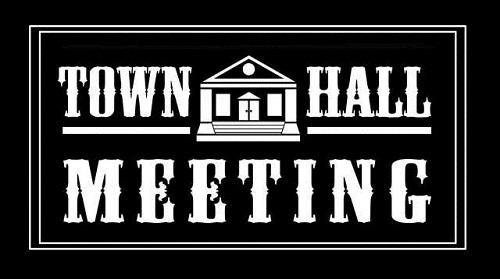 Posted on October 29, 2019
Media Release
STILLWATER, Okla.  — A coalition of concerned Oklahomans who want to give the power of redistricting to the people is traveling to the Stillwater Library on Nov. 4 from 6 – 8 p.m. in an effort to end partisan gerrymandering. The event is free and open to the public.
Starting in Stillwater on Nov. 4, People Not Politicians will hold town hall meetings in 10 cities to inform Oklahoma voters of a new ballot initiative to replace current law that allows politicians to draw their own districts. This practice often leads to partisan gerrymandering – a trick politicians use to keep themselves in office.
“Politicians shouldn’t get to pick their own voters,” said Andy Moore, executive director of People Not Politicians. “This proposal is an important step to hold politicians accountable so they can focus less on their own political gain and actually start focusing on solving our state’s problems. We look forward to meeting with people all over our state who agree that the people will be able to better draw their legislative and congressional districts to represent them, not politicians who only want to get re-elected.”
People Not Politicians filed a ballot initiative with the Secretary of State’s office on Oct. 28 calling for transparency in determining the state’s legislative and congressional voting districts. If approved by voters, the initiative will establish a citizen-led independent commission to oversee the process in order to ensure districts are drawn in a way that is fair and representative of communities, not politicians.
“As it stands right now, Oklahoma politicians are allowed to redraw their own districts behind closed doors, essentially allowing them to pick their own voters,” said Virginia Bracken Awtrey, co-president of League of Women Voters Stillwater Chapter. “Creating an independent commission is a common-sense solution that will help create a more perfect democracy and I encourage anyone who wants to see our state become a better place to attend this event and learn more.”
As a part of a statewide tour, People Not Politicians will be also holding town halls in Oklahoma City, Enid, Tulsa, Norman, Lawton, Ada, Woodward, McAlester and Ardmore in the coming weeks.
To learn more about People Not Politicians and how to get involved, plan to attend the Nov. 4 town hall and visit www.peoplenotpoliticians.org.
About People Not Politicians

People Not Politicians is a nonpartisan organization dedicated to ending gerrymandering in Oklahoma in order to ensure that legislative and congressional districts are drawn in a fair and transparent manner. For more information, visit www.peoplenotpoliticians.org.