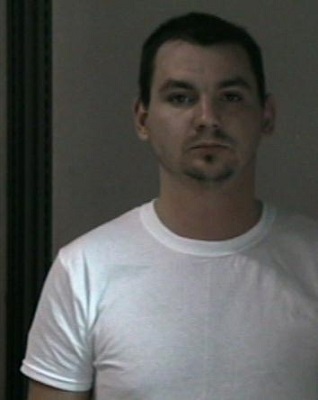 (Stillwater, Okla.)  — A 28-year-old Mannford man, who admitted beating a 57-year-old male friend in the face, head and shoulders with a rifle at a rural Perkins residence, has been given a five-year prison term as part of a plea bargain with the prosecution that was approved in court last week.
Dakota Bruce Wilbourn was also given a concurrent five-year prison term for being a convicted felon in possession of a firearm by District Judge Phillip Corley, who noted at his sentencing that the defendant has mental health issues for which he takes medication.
On his release from prison, Wilbourn must serve five years of probation, begin paying $1,116 restitution as well as $1,560 in other assessments plus court costs, take an anger management course, undergo evaluations for mental health and substance abuse, follow any recommended treatment, and have no contact with his victim, the judge ordered.
Due to his prior conviction of five counts of animal cruelty in Oklahoma County in 2019 for which he had been given six months in jail followed by four and one-half years of probation, Wilbourn could have been sentenced to as much as a life prison term for the attack on the rural Perkins man.
Wilbourn had been arrested at 1:21 pm on May 2, 2021, at a rural Perkins residence by Payne County Sheriff’s Deputy Tomm Edwards, who had seen the victim in the Stillwater Medical Center emergency room about four hours earlier, court records show.
The 57-year-old man, who said “he has known Dakota for some time as a friend,” had “severe swelling to his right eye, bruising to his left eye, and swelling in the area of his nose,” along with “a bruise to the left side of his head, cuts, and abrasions to both arms and bruising in the armpit area of the right arm,” the affidavit said.
He told the deputy that “he and Dakota had been cleaning brush and storm debris from around the residence,” the affidavit said. He said, “after the two of them were finished cleaning and gone inside the residence, they had been drinking when Dakota ‘just lost it’ and began to strike him in the face and head with the butt stock of an AR-15 rifle,” the affidavit said.
He said this started around 10 or 11 pm on May 1, 2021, and continued through the night, the affidavit said.
He said, “Dakota made him open his safe, take the money and give it to him. (He) stated Dakota would not let him leave the residence all night and the only way he was able to get away was when Dakota fell asleep — and he left the residence wearing only his underwear,” the affidavit said.
The deputy said, “When I contacted (him) in the exam room, he was wearing underwear and nothing else. (He) also stated Dakota had fired the rifle near his head several times while (he) was lying on the floor. (He) said he was afraid Dakota was going to kill him. (He) stated Dakota was still at the residence and he was afraid he was going to steal his motorcycle and other items at the house,” the affidavit said.
When the deputy arrested the defendant at the residence with assistance of Perkins police, Wilbourn claimed the 57-year-old man “had swung at him first and he just defended himself,” the affidavit said. Two rifles on the bed were taken into custody as evidence, the affidavit said.
During a pat-down search of Wilbourn, the deputy said that he found a brown wallet, which Wilbourn said was his own. “Dakota (Wilbourn) then asked me ‘where did that money come from?’ Dakota then asked me to leave the money in another wallet he claimed to belong to (the 57-year-old man). I advised Dakota since the money was in his wallet, I would have to leave it there,” the deputy wrote in his affidavit.