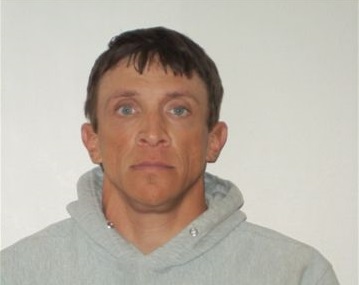 (Ripley, Okla.) — A missing man whose body was discovered with two deceased children behind a vacant mobile home north of Ripley Tuesday night has been identified by an Oklahoma City television station as Jackie L. Boyles, Jr., 41, who served prison sentences for stalking, according to court records.

The identity of Boyles, who had lived in Tryon, was confirmed for KUSH this afternoon by a law enforcement source.

According to the state Department of Corrections, Boyles had been convicted of stalking in 2008 in Payne County and given a five-year prison term in 2009 of which he served about one and one-half years prior to his release in January of 2011. Boyles had also been convicted of drug possession in 2007 in Payne County for which he was given in 2009 a concurrent five-year prison term.

The names of the children who were murdered have not been released by authorities.

The Lincoln County Sheriff’s Office had a possible last known location for the missing man in rural Payne County around Highway 108 and 56th Street north of Ripley, authorities said.

When Payne County deputies went to the location, they found a vehicle belonging to the missing man, authorities said.

The Oklahoma State Bureau of Investigation was contacted to assist Payne County investigators, along with the Oklahoma Medical Examiner’s Office, authorities said.