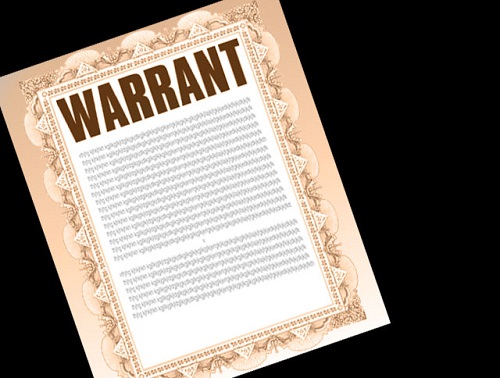 (Stillwater, Okla.) — An arrest warrant has been issued for a Ponca City man accused of blackmailing a Stillwater woman by threatening to send nude pictures of her to her contacts that were listed in a cell phone taken from her apartment.

Due to his criminal record, Joshua Wayne Davis, 40, whom the woman met on a dating app “Tinder,” could be given a prison term of four years to life if convicted of blackmail; he could also be given a six-month jail term if convicted of stealing her cell phone.

In a two-count charge that was filed last week in Payne County, Davis was accused of having ordered a Stillwater woman on Jan. 7, that if she did not release to him her Apple account, he would send nude pictures of her to her contacts he had received from stealing her cell phone from her apartment, court records show.

The woman reported to Stillwater police on Jan. 7 that she used the dating app “Tinder,” and recently began messaging with a man by the screen name of “Josh,” Stillwater Police Officer Chance Whiteley alleged in an affidavit.

“They exchanged a few messages and then decided to ‘hook up.’ Josh agreed to come to her residence in Stillwater,” on Jan. 5, the affidavit alleged.

After they eventually had sex and began to talk in the front room afterwards, she said “she began to think Josh was ‘weird’ and the conversations grew more uncomfortable. Josh finally told her he needed to get home, but not before asking her for $40 for gas. She declined and Josh left,” the affidavit alleged.

“The next day she received a message from Josh. She said that the only way she had ever communicated with Josh was through the Tinder application on her phone or by texting with what she later learned to be a “Text now’ phone number, which only supports text messages.

“Josh messaged her via the Text now number and eventually deceived her into divulging the last unlock passcode she used for her cell phone. Her current phone isn’t password-protected, but her older phone was. She supplied him with that code.

“The day after, she received another message from Josh demanding her account login information for her Apple account or he would send ‘all of these pics and videos’ to all of (her) family and friends. (She) initially had no idea what he was talking about. She said she had sent him some risque photographs, but none of them could be identified as her, and she had not sent any videos.

“He threatened to send them instantly if she informed the police or tried to stop him in any way. She told him she had no idea what he was talking about, and he then said he would sent them to ‘momma bear’ first. (She) then became aware of what had occurred,” the affidavit alleged.

She said “she had an old Iphone, which had not been in service in several years. In fact, she had two new models since using that phone. She kept the phone around and charged, due to all of the photographs and videos contained on the phone. Earlier in the day on Tuesday, before meeting Josh, she had the phone in her front room. She then couldn’t remember seeing it after Josh had left. She became concerned, because she remembered her mother’s contact information was saved in that phone under the name ‘momma bear’ and that he would have no way of knowing that. She arrived home to look for the phone and immediately noticed that it was missing from the specific counter where she had left it,” the affidavit alleged.

She told the Stillwater officer “the phone contained multiple explicit pictures and videos of sexual acts between her and others,” the affidavit alleged.

She “then tried to text Josh again, but the Text now number was no longer working. She logged into her Tinder application and messaged him asking if he was trying to blackmail her. He then replied today at approximately 4 pm that he was sending the videos and pictures to her contacts. At approximately 9:06 pm she received an email stating that the name on her Apple account had been changed to ‘Josh Davis’ and she assumed it was the same person,” the affidavit alleged.

She “had very limited information regarding the individual’s identity. She sent me screen shots of the messages indicating he was trying to blackmail her, as well as eventually sending screenshots she had taken of his Tinder profile. I was eventually able to develop a suspect in this case, Joshua Wayne Davis,” the officer alleged in his affidavit.

On Jan. 17 at about 1:39 pm the officer was finally able to make contact with the suspect, the affidavit alleged.

“I began to explain to Joshua the reason for my calls and asked for his whereabouts on the evening in question. He interrupted me by saying ‘I know what this is about.’ He said that he met ‘this chick’ on Tinder and drove down to Stillwater that evening to see her. He said that she gave him an old Iphone. He later insinuated that she gave him the phone to convince him to have sex with her. He and (the woman) had sex and a few minutes later, he left her apartment,” the affidavit alleged.

“He claimed that (she) changed the subject when he asked for the code so he thought he would use a different tactic to cause her to reveal the code. He claimed that he did ask about the code directly during a phone call to (her) after leaving her apartment, though (she) denies any phone call took place that day after he left. The timeline Joshua continued to give, in an attempt to establish that (she) had given him the phone, never coincided with the time stamps of the text messages that I had been given. (She) maintained that she would never have given someone a phone that she kept only for the sensitive images contained therein,” the affidavit alleged.

“He did, however, confess to threatening to release the private and explicit media contained on the phone to (her) family members if she did not provide him with her log-in credentials for her Apple account. I read to him a message where (she) asked if he was trying to blackmail her and he confirmed that he was. He admitted to making those statements,” the officer alleged in his affidavit.