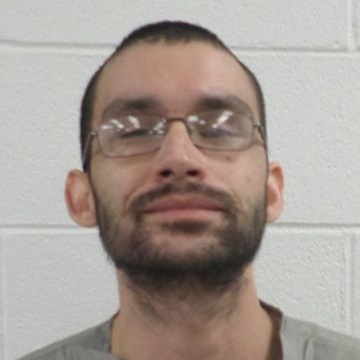 (Stillwater, Okla.) — A 30-year-old Pawhuska man serving a 25-year prison term for armed robbery in Washington County was given an additional four years of incarceration Friday for attacking a guard at the Cimarron Correctional Facility in Cushing.

Terrance Lucas Cottingham, who has been transferred from the private prison in Cushing to the Oklahoma State Penitentiary in McAlester, pleaded guilty Friday to assault and battery on a corrections officer in Cushing on Aug. 26, 2019.

As part of a plea agreement with the prosecution, District Judge Phillip Corley ordered Friday that Cottingham’s sentence for the attack be served after he finishes two prison terms from Washington County.

According to an affidavit by Cushing Police Sgt. Jack Ford, on Aug. 26, 2019, the prison guard “came to the police department to report inmate Terrance Cottingham assaulted him while working at CCA.”

The guard said “he was escorting inmates from compound 1 medical hallway when inmate Cottingham told him that he could not be housed in his housing assignment and Cottingham asked (the guard) to help him with this issue,” the affidavit said.

After the guard told Cottingham to have a seat in the medical hallway, the inmate struck the guard in the head area with a closed fist, the affidavit said.

The guard said that he fell to the floor and Cottingham continued to assault him by kicking him in the head area, the affidavit said.

The Cushing police sergeant said that he took photographs of a scabbed cut on the head of the guard, who also said that the little finger on his right hand was broken, according to the affidavit.

According to the Oklahoma Department of Corrections, Cottingham was previously convicted of:

* engaging in a pattern of criminal offenses, four counts of use of a lost credit card, and one count of possessing stolen property in 2015 in Washington County, for which he was given six concurrent five-year prison terms to begin serving in 2040 after discharging his armed robbery sentence;

* fourth-degree arson and second-degree arson in 2008 in Kay County, for which he was given concurrent prison terms of 10 years and eight years in 2009, which he discharged in 2019 and 2015;

* unauthorized use of a vehicle in 2008 in Kay County, for which he was given five years of probation in 2009;

* seven counts of second-degree burglary in 2008 in Kay County, for which he was given seven concurrent seven years of probation in 2009;

* two counts of second-degree burglary in another case in 2008 in Kay County, for which he was given two concurrent seven years of probation in 2009.