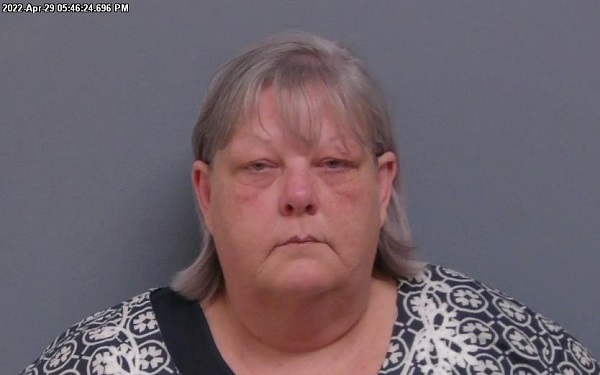 (Stillwater, Okla.) — A former employee of the Stillwater school district, who was arrested last week, has been charged with embezzling $216,196.67 in missing funds during a seven-year period while she was an administrative assistant with the school nutrition services program.
Stacy Kay Hampton, 52, of Stillwater, has been ordered held on $75,000 bond in the Payne County Jail pending a May 12 hearing that was requested by the defense to reduce her bail, court records show.
If convicted of the felony embezzlement charge, Hampton could be given a maximum penalty of 10 years in prison and a fine equal to triple the amount embezzled plus restitution on conviction, court records show.
Hampton was placed on leave in 2019 when the school initiated an internal investigation into her work hours, Payne County District Attorney Laura Austin Thomas said in a news release.
According to an affidavit by Stillwater Police Detective Richard Leport, Stillwater Public Schools Chief Financial Officer Jericah Dawson was made aware that a discrepancy had been discovered in May of 2019 while a school staff member was reconciling the School Nutrition Services account.
The amount deposited “did not correspond with the detailed supporting documentation submitted by the individual school cafeteria sites. The questioned deposits had been prepared by Stacy Kay Hampton,” who was to collect funds received from school cafeteria sites, prepare them for bank deposit and deliver the deposit to the bank each day, the affidavit alleged.
After Dawson began an internal investigation of the School Nutrition Services funds collected and deposited from January of 2011 through May of 2019, $215,316.56 was identified in suspected misappropriations, the affidavit alleged.
The DA then asked the Oklahoma State Auditor & Inspector to perform an independent investigation to determine if an employee misappropriated funds, the affidavit alleged.
The state’s investigative audit concluded that Hampton had misappropriated funds totaling $216,196.67 from July of 2012 to May of 2019, the affidavit alleged.
The fiscal year amounts were listed as $39,541.27 in 2013, $29,475.05 in 2014, $25,923.09 in 2015, $45,984.64 in 2016, $20,870.88 in 2017, $30,571.99 in 2018, and $23,829.75 in 2019, the affidavit alleged.
In her news release, the DA said, “We can’t stress enough how imperative it is to have adequate oversight in any business. Hiring another employee or placing additional responsibilities on a co-worker costs more money, but it is worth the expenditure to avoid this type of misappropriation of public dollars.”