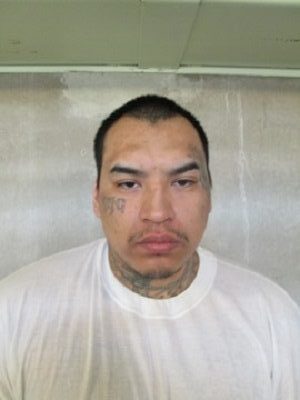 Posted on October 25, 2021
By Patti Weaver
(Stillwater, Okla.) — A convicted robber with a 10th grade education, who was 19 when he was given a 15-year prison term, was sentenced Friday to serve five more years of incarceration for severely attacking a guard at the Cimarron Correctional Facility in Cushing last year.
The guard suffered extensive facial fractures from being repeatedly punched in the face and head, according to an affidavit by Oklahoma Department of Corrections Criminal Investigator William Gee of the Inspector General’s Office.
His admitted assailant, Jacob Z. Foster, 24, who is from Muskogee, was transferred to the Oklahoma State Penitentiary in McAlester, after the May 21, 2020, attack at the Cushing private prison, DOC records show.
The injured guard had been called “from his normal assigned unit and asked to assist in searching the defendant, Jacob Foster, and another inmate in the Charlie South unit. Foster and his cellmate were being removed from the Charlie South unit to be escorted to medical and finally to Echo unit for segregation stemming from an unrelated assault a few days prior,” the affidavit said.
The guard had received a tip that Foster was possibly concealing a weapon, the affidavit said. After opening the cell with a key, the guard “stood in the door and had the inmates remove articles of clothing one at a time, and hand it to him so he could ensure no contraband was concealed inside the seams of their clothing,” the affidavit said.
The guard “searched the first inmate without incident and instructed him to come out of the cell and sit down at a table in the unit’s ‘common’ area. Within five seconds of the inmate coming out of the cell, (the guard) was violently attacked without cause or justification,” the affidavit said.
Video footage showed that the guard was standing at the cell door and holding a white T-shirt in his right hand with his attention on the inmate who left the cell, “when suddenly there is movement and (the guard’s) head snaps back and he falls backwards onto the floor.
“The defendant, Jacob Foster, immediately rushes out of the cell in pursuit of (the guard) and delivers approximately 10 more blows to (the guard’s) face and head as he is lying dazed on the floor,” the affidavit said.
The guard “sustained impact injuries to the face and head that required advanced trauma care administered at St. Francis Hospital in Tulsa,” where he was diagnosed with extensive facial fractures, the affidavit said.
“The defendant, Jacob Foster, was immediately ordered to the floor and handcuffed by officers,” assisting the injured guard, the affidavit said. When Foster was searched, a homemade weapon was found in an eyeglass case hidden in Foster’s shoe, the affidavit said.
“The weapon was a piece of heavy round wire approximately six inches in length and sharpened to a point on one end. The other end was bent over and wrapped with a white material to form a hand grip and lanyard,” the affidavit said.
Foster admitted to attacking the guard and said he had the weapon “due to a feud between rival gang members at the institution,” the affidavit said.
According to DOC and Muskogee County court records, Foster was living in Muskogee when he was convicted of conjoint robbery in 2015 for which he was given a 15-year prison term followed by 10 years of probation in 2016. On the same day in 2016, Foster was convicted of attempted robbery with a dangerous weapon along with assault and battery with a deadly weapon in 2015, for which he was given two concurrent 15-year prison terms. Foster was also convicted of assault and battery with a dangerous weapon, for which he was given a concurrent 10-year prison term, and assault while masked for which he was given a concurrent two-year prison term.