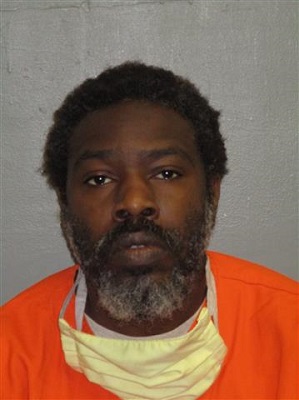 (Stillwater, Okla.) — An ex-convict accused of selling drugs from an apartment near a Stillwater grade school avoided a jury trial this week by pleading guilty to possessing methamphetamine with intent to distribute and being a felon in possession of two pistols.
Damon Eugene Thomas Sr., 44, of Stillwater, was given two concurrent seven-year prison terms in a plea bargain with the prosecution approved last week by Associate District Judge Stephen Kistler, who gave him credit for the time he had served since his arrest ten months ago.
Thomas’s girlfriend, Ashley Anne Griffith, 30, of Perkins, was placed on five years’ probation under a deferred sentence last October for possessing methamphetamine with intent to distribute, court records show. She was ordered to have a substance abuse evaluation, take any recommended treatment, and undergo random drug tests.
Sherri Louise Stokes, 39, who “admitted to Damon and Ashley selling narcotics,” from her Stillwater apartment, was ordered into Payne County Drug Court last October after pleading guilty to maintaining a residence where drugs were kept and sold; she remains free on bail pending her sentencing in December.
The trio had been arrested on Aug. 10, 2021, after a search warrant was served at Stokes’ apartment on E. 6th Street, Stillwater Police Detective Brett Moore wrote in an affidavit.
“In Sherri’s bedroom, I located a small quantity of a black tar-like substance believed to be heroin and syringes adjacent to her bed on the nightstand. Sherri is a known heroin user. I have arrested numerous individuals leaving Sherri’s residence, most of which had narcotics on their person,” the detective wrote in his affidavit.
“It was determined Ashley was living in the (center) bedroom with her boyfriend Damon Thomas Sr. Under the pillow where Ashley and Damon were laying, a stolen Ruger LC 9 pistol was found chamber and magazine loaded. A Sig 365 was also found chamber and magazine loaded on the south wall on top of a plastic dresser,” another affidavit alleged.
As part of a plea bargain, a count of possessing those guns during the commission of a felony was dismissed against Thomas by the prosecution last week.
A safe under the bed had “copious amounts of drug paraphernalia to include pipes and hundreds of unused zip top baggies,” digital scales with methamphetamine residue and a zip top plastic bag containing methamphetamine, the affidavit said. The apartment was located about 180 feet from Highland Park Elementary School property, the affidavit said.
Thomas had also been charged with violating a protective order as a second offense by entering a Perkins convenience store on Jan. 27, 2021, while his ex-wife was working, an affidavit alleged. She said, “she looked up and looked straight into the eyes of the devil. (She said) as soon as she saw it was Damon ‘her heart went straight into her throat,"” an affidavit alleged. That misdemeanor charge was dismissed on Feb. 2, of this year, court records show.
However, last week Thomas pleaded guilty to two counts of violating a protective order on June 26, 2018, in Perkins for which he was given a concurrent one-year jail term on both counts.
Thomas has a criminal record from Payne, Kay and Custer counties, including convictions for drugs, guns, domestic violence, and burglary, according to the state Department of Corrections.
In 2018, Thomas was given a nine-year prison term followed by six years of probation in Kay County for eluding a police officer, being a felon in possession of a firearm and using an offensive weapon in a felony, court records show. Thomas only served two years and four months in prison in that Kay County case — where the prosecution is currently seeking to revoke his probation, court records show.