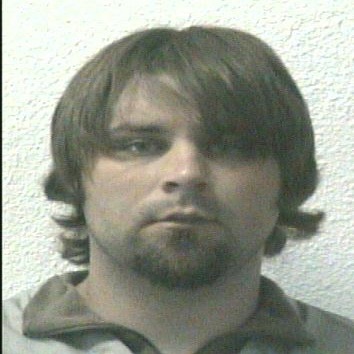 (Stillwater, Okla.) — An ex-convict from Cushing jailed on $20,000 bail has been ordered to appear in court today on a charge of trafficking methamphetamine while he was driving on a revoked license in Stillwater where he was living on Dec. 3, 2020.

Ricky Gerard Dominguez II, 36, who has an extensive criminal record, could be given a life prison term plus a $100,000 fine if convicted of his felony drug charge.

Dominguez was arrested by Stillwater Police Officer William Cluck on Dec. 3 at 12:54 am — 15 minutes after a traffic stop for driving a pickup truck without headlights when required, court records show.

After learning that Dominguez’ driving license was revoked, “Dominguez told me about his drug history and I was able to confirm recent drug history reported on OSCN during my records check on my computer,” the officer alleged in his affidavit.

“I asked Dominguez if there was anything illegal in the vehicle and he told me he did not know since it was not his vehicle. I explained to Dominguez that I could arrest him for driving while revoked and tow the vehicle; therefore I could search the vehicle,” the officer wrote in his affidavit.

“Dominguez told me to go ahead and told me that other people had been in the vehicle before,” the officer alleged in his affidavit.

“During the search of the vehicle, I located a black ‘Pugs’ zipped pouch sitting on the dashboard,” that contained zip lock baggies with a crystal-like substance appearing to be methamphetamine, the officer alleged in his affidavit.

“While processing the evidence at the police department, I found five zip lock bags inside the ‘Pugs’ pouch that all contained methamphetamine, with a total weight of 34.3 grams, the officer alleged in his affidavit.

“A field test was conducted on one of the baggies of methamphetamine and it was a positive result,” the affidavit alleged.

According to Payne County court records and the state Department of Corrections, Dominguez, who was released from prison in November of 2012, had previous convictions for:

* passing a $7,000 forged check in Stillwater while he was living in Cushing in 2017, for which he was given a 90-day jail term plus nine years and nine months of probation with an order to enroll in Drug Court that he finished on July 11, 2019;

* possession of marijuana in Stillwater in 2009, for which he was given in 2010 a five-year prison term, but apparently only served one year and three months before being released in November of 2012;

* possession of marijuana in Cushing in 2006, for which he was given in 2008 a 10-year suspended sentence that was revoked in 2010 to a five-year prison term, but apparently only served one year and three months;

* two counts of uttering forged instruments in Stillwater in 2004, for which he was sent to the Regimented Inmate Discipline (RID) prison boot camp in 2006, after which he was placed on a five-year deferred sentence that was revoked in 2010 to a five-year prison term, but apparently only served one year and three months;

* two counts of second-degree burglary and one count of car theft in Cushing in 2004, for which he received the same sentence as above;

* car theft in Cushing in 2004, for which he received the same sentence as above.