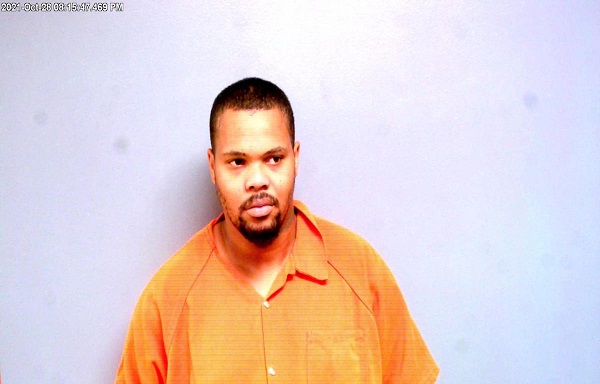 (Stillwater, Okla.) — An ex-convict, who was allegedly identified as a burglary suspect by video surveillance, has been jailed on $50,000 bail pending a Dec. 6 court appearance on six counts of breaking into unlocked cars while they were parked in the owners’ driveways at night in Stillwater.
Due to his criminal record, Sammy Dewayne Clark Jr., 29, of Stillwater, who is also being held for Perkins police, could be given six life prison terms if convicted of burglarizing six cars.
Clark had been released from prison in 2016 after serving two years of concurrent 2014 sentences of five years and four years for accessory to robbery with two or more persons and possessing a drug with intent to distribute within 2,000 feet of a public park, both in 2013 in Payne County.
In his burglary cases, Clark was initially arrested on outstanding city warrants at 2:30 pm on Oct. 27 after a report of a suspicious person in the area of Redbud and Arrington Ct., Stillwater Police Officer Chance Whiteley wrote in an affidavit.
“He advised he had a gun on his person,” the officer alleged. A chamber-loaded stolen firearm was removed from Clark’s pocket, the affidavit alleged. Marijuana paraphernalia was also recovered from Clark, who said he did not have a medical marijuana card, the affidavit alleged.
Two hours later, Stillwater Police Officer Newly McSpadden was driving near Clark’s former residence when he was waved down by the mother of Clark’s children, who said she believed Clark had kicked in her front door while she was gone, an affidavit alleged.
“She stated when she saw the front door open, she went inside and immediately noticed her children’s two cellular phones were missing…I was aware Clark had numerous cellular phones on his person at the time of arrest,” the officer wrote in his affidavit. She identified two phones as her children’s and an iPhone as hers, the affidavit alleged.
When Clark was interviewed the next day in the Stillwater City Jail, “he stated he would be seen knocking on the front door,” of her residence from which he had been kicked out, the affidavit alleged.
“When I questioned him about kicking in the front door, he stated it sounded like something he would do and it probably was him. Clark admitted while he was inside the residence, he took the cell phones,” two belonging to his children and two he said belonged to him, the affidavit alleged.
Clark was identified on video surveillance as the suspect burglarizing unlocked cars in residential driveways on the night of Oct. 20, Stillwater Police Detective John Paul Johnson alleged in an affidavit.
Clark had been arrested by Officer Whiteley for possession of a stolen firearm and outstanding warrants, the detective wrote in his affidavit.
“Once Clark was booked into our jail, I interviewed him. Clark appeared to be under the influence of some unknown drug, but was able to understand and speak with me,” the detective alleged in his affidavit. When Clark was shown screenshots from video surveillance, he admitted to being in the videos, the affidavit alleged.
“He said he burgled cars to get money for his kids since he could not get a job due to his prior felony convictions,” the affidavit alleged.