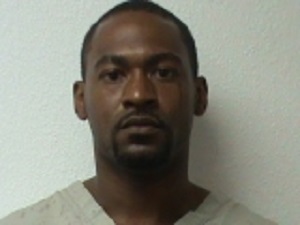 (Stillwater, Okla.) — An ex-convict from Stillwater was charged today with having delivered the drug cocaine to a confidential informant for the Stillwater police department twice last week — six months after he got out of prison.

Crawford Oliver Martin, 34, who has also been known by the names of Crawford Willis and Martin Crawford, was released from the Payne County Jail after posting $100,000 bond on Sunday, court records show.

Martin, who was listed as homeless on the two-count charge filed today, was accused of delivering cocaine on Wednesday and Friday of last week, court records show.

If convicted of both drug counts, Martin could be given as much as two life prison terms, court records show.

According to the Oklahoma Department of Corrections, Martin had previously been convicted in Payne County of:

* drug possession in 2012 for which he was given in 2013 a 15-year prison term of which he served about four and one-half years;

* assault with intent to commit a felony in 2006 for which he was given a five-year prison term of which he served three and one-half years;

* drug possession in 2004 for which he was originally given probation that was changed in 2006 to a concurrent five-year prison term of which he served three years and four months;

* possessing a false ID in 2004 for which he was originally given probation that was changed in 2006 to a concurrent four-year prison term of which he served less than three years.