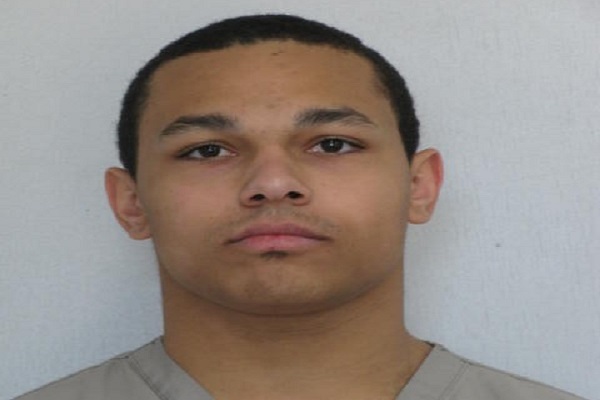 Tony A. Goodner
Posted on September 25, 2020
By: Patti Weaver
(Stillwater, Okla.) — An ex-convict from Stillwater avoided a jury trial this week by accepting a plea bargain for a 12-year prison term followed by 13 years of probation for crimes including attempting to elude a sheriff’s deputy, possessing stolen sunglasses along with a stolen laptop computer, and being a felon in possession of a loaded gun.
Due to his criminal record, Tony Allan Goodner, 25, was facing the possibility of a life prison term if convicted of one of his felony counts by a jury. Goodner pleaded guilty last week to various crimes after the prosecution dropped a charge of assault and battery with his car on another sheriff’s deputy.
Goodner, a convicted robber, who had been released from prison a year ago after serving time for trying to escape from a state penitentiary, admitted attempting to elude Payne County Sheriff’s Deputy Lewis Kellison from Highway 33 and Battle Ridge Road to Highway 33 and Redlands Road and then to Indian Meridian Road while possessing a drug and a smoking pipe with residue on Jan. 14 of this year.
At the time of his arrest in that case, Goodner was free on bail on charges of being a convicted felon in possession of a loaded Smith and Wesson 9 mm pistol and attempting to elude a Stillwater police officer while in possession of a drug on Jan. 30 of last year, to which he also pleaded guilty last week.
According to Oklahoma Department of Corrections and court records, Goodner had previously been convicted of:
* attempting to escape from the Jess Dunn Correctional Center in Taft in 2015 by running out of a gate, for which he was given in 2017 a two-year prison term from Muskogee County, to run after he completed his sentences from Payne County — he apparently served one year and four months for the escape try before being released in August of last year;
* two counts of robbery in Stillwater in 2013, for which he was given two concurrent five-year prison terms from Payne County in 2014, of which he served almost four years;
* injuring a public building in Payne County in 2014, for which he was given a concurrent five-year prison term in 2014 of which he served about three years.
***