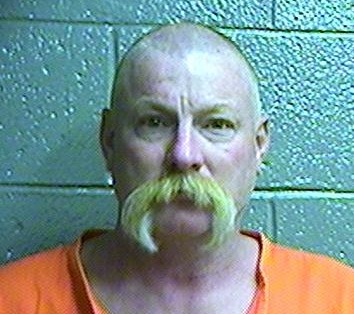 (Stillwater, Okla.) — An ex-convict, who was originally accused of sexual battery of a woman in the Tumbleweed Dance Hall parking lot in rural Stillwater, was given a 10-year prison term Tuesday for repeat drunk driving and two one-year jail terms for impersonating a law enforcement officer — less than a year after he was released from prison.

Steven Lee Walker, 49, of Inola, whose sexual battery count had been dropped at a preliminary hearing last year, was sentenced Tuesday by Payne County Associate District Judge Stephen Kistler in accordance with a plea bargain with the prosecution calling for his terms of incarceration to be served concurrently.

Walker, who avoided an April 22 jury trial by pleading guilty, has been jailed since his arrest for drunk driving on May 3, 2019, at the intersection of Lakeview Road and Country Club Road in Stillwater, where he refused to take the state’s breath test, Payne County Sheriff’s Deputy Lewis Kellison wrote in an affidavit.

“As Walker was being detained, several individuals came forward to make reports of sexual assault and impersonation of a peace officer against Walker,” the affidavit said.

A woman said that Walker asked for her identification, shined a flashlight in her face, said he was going to write them all tickets and made her stand against a car — at which point he knelt down and looked at her crotch with his flashlight, the affidavit alleged.

She said that after she put her hands over his flashlight and told him to stop, Walker made her turn around, knelt down, and started staring at her rear before she pushed him away and tried to run away, the affidavit alleged. She said, “when she did that, the man slapped her buttocks,” the affidavit alleged.

A man told the deputy that “Walker was acting like a police officer and carrying around something he was trying to pass off as a ticket book,” the affidavit said. The man said that Walker asked his group of friends for their IDs and told him that “he needed their beer” and was “confiscating it,” the affidavit alleged.

According to court records and the state Department of Corrections, Walker had previously been convicted of:

* drunk driving in 2009 in Rogers County, for which he was given in 2010 a two-year prison term followed by three years of probation that was revoked in 2014 to a three-year prison term;

* stalking in 2009 in Rogers County, for which he was given in 2010 a concurrent two-year prison term followed by two years of probation;

* drunk driving in 1995 in Tulsa County, for which he was given in 1996 a four-year suspended sentence.