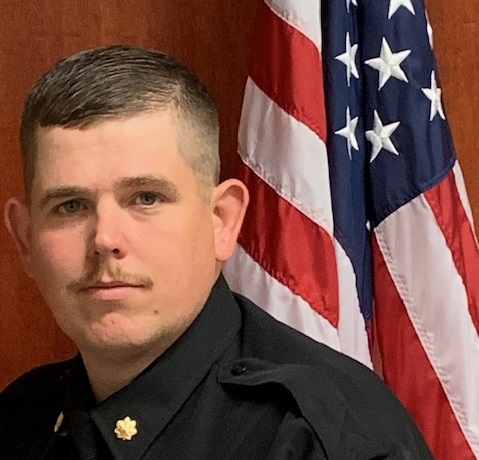 (Cushing, OK)  Cushing Police Chief Chuck Claxton has named Nick Myers as the department’s new Deputy Chief of Police. Myers is a 16-year veteran of Law Enforcement and will assume his new duties Monday, October 5th. He previously served as a Lieutenant for Payne County Sheriff’s Office overseeing patrol, in addition to other duties.

Deputy Chief Myers will be responsible for overseeing the department’s daily operations and will serve as the commander of patrol, dispatch, jail, and training divisions.

“I look forward to watching his continued success in law enforcement, and growth as a leader with the Cushing Police Department.” Chief Claxton said.

Myers was hired by Payne County Sheriff’s Office in 2004. In 2008 he was promoted to Detention Sergeant and promoted again in 2009 to Detention Lieutenant. Myers graduated from the Council on Law Enforcement Education and Training in 2010 and was later assigned to field deputy duties on patrol. In 2016 Myers was promoted to his most recent position of Lieutenant overseeing the patrol division at Payne County Sheriff’s Office. Myers is a Cushing resident and hails from a family with a long history of public service in Cushing.