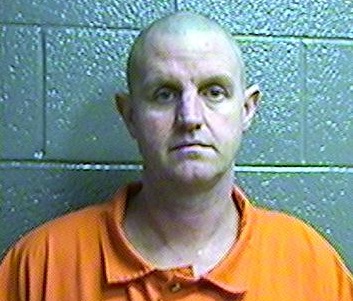 (Stillwater, Okla.) — A Cushing man, who served prison sentences for drunk driving in Perkins and methamphetamine possession in Cushing, was charged today with aggravated drunk driving on Sunday in the 500 block of N. Highland in Cushing while his license was revoked.

Sean Edmond Walsh, 41, whose blood alcohol was allegedly .25, which is more than three times the level required for DUI, was ordered jailed on $7,500 bail pending his arraignment this afternoon before a Payne County judge, court records show.

According to Payne County and state Department of Corrections records, Walsh had previously been convicted of:

* methamphetamine possession in Cushing in 2010 for which he was placed in 2011 on a five-year deferred sentence that was changed two years later for violating his probation to a five-year suspended sentence except 30 days in jail, but that was revoked a year later in September of 2014 to four years and eight months in prison of which he served less than two years before being released in 2016;

* misdemeanor drunk driving in Cushing in 2013 for which he was given in 2013 a one-year suspended sentence except 30 days in jail, but five months later in February of 2014 was found in violation of his probation and given a 90-day jail term;

* felony drunk driving in Perkins in 2016 for which he was initially given a six-year suspended sentence that was revoked two years later to about four years in prison of which he served one year and four months prior to his release five months ago.