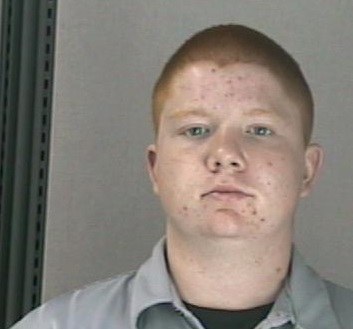 (Stillwater, Okla.) — A 21-year-old Cushing man with an eighth-grade education has been given a 60-day jail term followed by seven years of probation for multiple car burglaries in Cushing.

Cress’s latest felonies were committed in March — a year after he had been released from the state’s Regimented Inmate Discipline (RID) prison boot camp program to probation, court records show.

After Cushing Police Officer Garvis Scott Thomas arrested Cress at 8:20 a.m. on March 8 at Third and Independence, “Cress began to cry and say how he did not want to go back to prison,” an affidavit said.

When the officer spotted Cress at 8:12 am, “I informed Cress that somebody called in saying someone matching his description attempted to break into multiple automobiles,” Thomas wrote in his affidavit.

After Cress consented to be searched, the officer found a small black container in his waistband that contained Adderall pills, the affidavit said.

“Cress explained he did not have a prescription for them and bought then from a friend. Also located on Cress were six pairs of sunglasses.

“Inside Cress’s right jacket pocket was a large amount of loose change. I located two checkbooks and a Canon digital camera. Cress advised he found all the items walking around town,” the affidavit said.

When the checkbooks and camera were shown to a Cushing man whose vehicle had been burglarized, he confirmed they were his items, which were returned to him, the affidavit said.

Cress had attempted to break into other vehicles in the neighborhood that were secured, the affidavit said.

For violating the probation he had been given in 2019 for concealing stolen property in 2018, Cress was given a concurrent two-year suspended sentence with 60 days in jail, court records show.

After Cress had completed the RID program in prison in March of 2019, the judge had placed him on six years of probation on his felony charges with an order to comply with the methamphetamine registration act, undergo random drug testing and show proof of employment or full-time student status, along with paying total court costs of $6,347 at the rate of $74 per month, court records show.