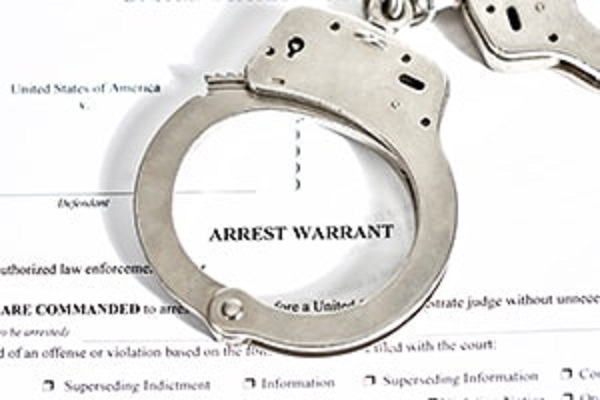 (Stillwater, Okla.) — An arrest warrant has been issued for a Cushing man accused of throwing an air soft projectile at a Cushing police officer’s moving patrol car.
If convicted of the felony charge filed last week, Joshua Steve Harrison, 41, could be given as much as a 10-year prison term and a $10,000 fine, court records show.
Cushing Police Officer Sara Reynolds was traveling east on Maple Street in Cushing on Dec. 29, 2022, between 11:30 am and 11:40 am, according to her affidavit.
“As I approached the intersection of Maple and Michigan, I observed two males standing at the corner on the northeast side,” the Cushing officer alleged in her affidavit.
“As I got closer to the two males, one of the two, later identified as Joshua Harrison, raised an air soft gun and shot at my patrol vehicle.
“After he raised the air soft gun, I heard approximately two-three thuds towards the front of my vehicle.
“When I stopped, I discovered it to be Harrison and his juvenile son.
“Harrison immediately apologized and made the statement, ‘I didn’t think it would shoot that far!’ He then informed me the air soft gun was a ‘jell blaster’ that shoots jell-like rounds,” the Cushing officer alleged in her affidavit.
The patrol car did not have any damage from the alleged incident, according to the officer’s affidavit.