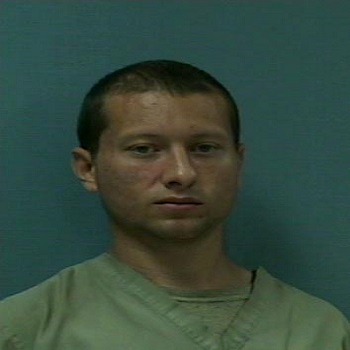 (Stillwater, Okla.) — A repeat drug offender from Cushing was charged Monday with assault and battery on a Cushing police officer, public intoxication, resisting arrest and obstructing an officer, all on Sunday.

Kaleb James Roe, 31, had appeared in court on June 2 on a 2018 charge of drunk driving on a revoked license at Cherry and Seay Streets in Cushing, as well as possessing methamphetamine and a glass smoking pipe, court records show. That case was reset to July 21, court records show.

When he was in court four weeks ago, he was free on a medical personal recognizance bond that he had been given in February after he was allegedly attacked by another inmate in the Payne County Jail, court records show.

Roe had been released from prison in 2016 to nine years of probation after he served eight months in a drug offender work camp for possessing methamphetamine in Cushing on Dec. 5, 2015, according to court and state Department of Corrections records.

According to DOC records, Roe had previously been convicted of:

* selling a precursor used to manufacture methamphetamine in Lincoln County in 2009, for which he was given a two-year prison term and served about five months;

* second-degree burglary in Lincoln County in 2010, for which he was given a concurrent two-year prison term and served about five months;

* drug possession in Payne County in 2013, for which he was placed on 10 years’ probation with an April 2015 order to enroll in and successfully complete the Payne County Drug Court program from which he was terminated in December 2015.