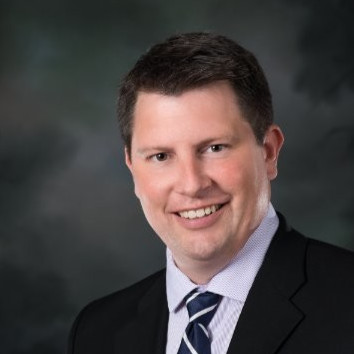 (Cushing, Okla.) The Cushing Economic Development Foundation, Inc. has tapped an experienced business and government manager as its newest Economic Development Director. This is a position that works closely with public and private partners to support current employers in Cushing and to attract new businesses and job creators.

The Cushing Economic Development Foundation, Inc., serves a resource to employers and those interested in doing business in Cushing. The Foundation works closely with business leaders, entrepreneurs, the City of Cushing Industrial Authority, the Chamber of Commerce, civic organizations, and others to promote opportunity and stimulate economic growth in Cushing. The Economic Development Director is in part responsible for business and industry recruitment and retention, as well as developing programs and initiatives to improve the economic well-being of Cushing and its citizens.

The Chairperson of the Foundation, Tyson Branyon, announced the hiring of Bruce Johnson, who was chosen through the Economic Development Foundation’s selection process. Johnson brings with him more than 20 years of economic development experience working in the public and private sectors in Oklahoma and Missouri. Johnson’s career began during his final year of graduate school at the University of Missouri-Columbia when he was selected to intern as Assistant City Manager of Mexico, Mo. Upon graduation, he came to Dewey, Okla., where he orchestrated the city’s downtown renovation project. Johnson also researched new programs and services and developed a marketing plan for Dewey’s antique district.

Later, he helped the City of Grove, Okla., receive over $30 million in grants for all municipal departments, negotiated the economic development agreement for the new INTEGRIS hospital, recruited new industry and helped pave the way for the 2013 Bassmaster Classic to be held in Grove on Grand Lake O’ the Cherokees.

In Guthrie, Johnson executed a 3/4-cent capital improvement sales tax for improvements across the community, the first sales tax to be approved by the voters in over 30 years. He also facilitated the creation of 75 high-level management and manufacturing jobs by recruiting large companies to relocate to Guthrie. Johnson was instrumental in creating Red Brick Nights, a popular summertime street festival that draws thousands to downtown Guthrie.

“I am very excited to have the opportunity to serve Cushing and help it to prosper community wide,” Johnson said. “Working with all people, improving an already great community and helping its existing and prospective businesses is my passion. I look forward to joining the team in Cushing to promote our community and enhance the economic opportunities for all residents. During my career, I have completed projects in communities like Cushing and Payne County that have had long-term impact. I am very familiar with the area and its people and my wife and I are excited to be moving here.”

Johnson has been married to his wife Katie for nearly 20 years, and they have two daughters, Atala, 13, and Morgan, 10. He earned a Bachelor’s of Political Science from Southwest Baptist University in Bolivar, MO., and a Master’s of Public Administration from the University of Missouri-Columbia. He will begin his new duties with the Foundation the week of February 11.