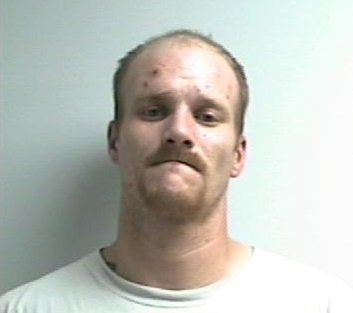 (Stillwater, Okla.) — A convicted robber from Mustang — wanted for allegedly stealing a woman’s iPhone at the Cimarron Casino in Perkins — is also being sought by authorities in McClain County and Oklahoma County on older charges, court records show.

Timothy Ryan Cole Reid, 28, also known as Timothy Daniel Reid, got out of prison in 2016 after serving about four years of a five-year sentence for robbery with an imitation firearm in Oklahoma City in 2012. Reid also served about two years of a concurrent five-year prison term for conspiring with two others to commit the robbery.

After being released from prison, Reid began serving 10 years of probation in his Oklahoma County robbery case, but when he failed to pay his court costs, a bench warrant was issued for his arrest in June of 2018, court records show.

Reid also has two bench warrants for his arrest in McClain County for failing to appear in court in January on misdemeanor charges of possessing a drug and paraphernalia, as well as trespassing after being forbidden in 2018, and also for possessing a drug, obstructing an officer and intrusion on real estate in 2019, court records show.

Reid was also charged in Caddo County in 2018 with larceny of an automobile and concealing stolen property in Hinton, a felony case on which he was freed on $10,000 bond with an order to appear in court on May 27, court records show.

Reid was also charged in Canadian County in 2017 with possessing methamphetamine and drug paraphernalia, for which he was placed on two years’ probation in 2018 under a deferred sentence, court records show.

His Payne County case was investigated by Iowa Tribal Police Officer Treasure Smith, who was sent to the Cimarron Casino in Perkins on a stolen property report on Jan. 4 at 7:42 p.m., according to an affidavit.

A customer said that someone stole her cell phone and keys after she set them down beside her at a slot machine, the affidavit said.

“She believed a younger man with blonde hair took them,” the affidavit alleged.

The male suspect, later identified as Timothy Reid, had gone to the Players’ Club to get a player’s card, the affidavit alleged.

The victim contacted the Iowa Tribe Police Department on Jan. 8 to report she was able to log into “find my phone,” which was plotting at 111 E. State Highway 152 in Mustang, the affidavit said.

A sergeant at the Mustang Police Department said, “he is familiar with Timothy Reid, but did not believe Timothy lived in Mustang anymore,” the affidavit said.

The Mustang police sergeant said 111 E. State Highway 152 is a parking lot with a few businesses, which he went inside to contact several individuals, but he did not locate Reid or the stolen iPhone, the affidavit alleged.

When the Iowa tribal officer reviewed surveillance footage, at about 7:18 p.m. “Timothy notices an iPhone and a set of keys in a chair. A minute later, Timothy sits in the chair on top of the iPhone and keys,” the affidavit alleged.

Two minutes later, “Timothy grabs the iPhone and keys as he gets up from the chair. Timothy exits the casino from the north entrance and enters the passenger side of a red pickup,” the affidavit alleged.

“On Jan. 5, I compared the photographs provided by surveillance to the photograph on Timothy Reid’s identification card, and I confirm he is the suspect based on physical description,” the Iowa tribal officer alleged in the affidavit.