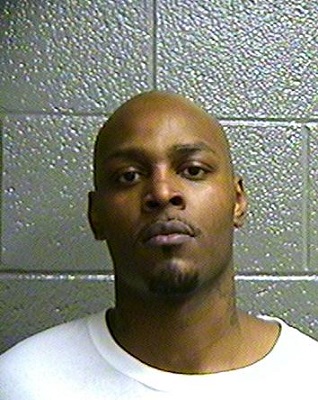 (Stillwater, Okla.) — A 36-year-old convict, who began serving multiple prison terms for rape, kidnapping and robbery at age 18, was given four more years of incarceration Friday for repeatedly punching a female Cushing prison counselor in the head while he was being held at the Cimarron Correctional Facility in January of 2019.
Willie Lonell Adams, who was subsequently transferred from the Cushing private prison to the Oklahoma State Penitentiary in McAlester, pleaded guilty Friday to aggravated assault and battery on a corrections officer after a former felony conviction.
Oklahoma Department of Corrections Agent Shane Rhames wrote in an affidavit that at 12:12 pm on Jan. 17, 2019, the female victim, an employee of Core Civic, which was then operating the Cimarron Correctional Facility under a contract with DOC to hold state inmates, “was attempting to conduct a cell search in Unit Bravo North Cell 152.
“During this event, as depicted by Milestone Security Camera footage, Willie Lonell Adams, an inmate in the custody of the Oklahoma Department of Corrections and under the care and supervision of Core Civic, refused to comply with the verbal orders or directions,” of the female counselor, the affidavit said.
As she gave Adams verbal directives, Adams refused to comply and tried to shut the door of cell 152, the affidavit said. The victim “prevented the door from closing by grabbing it with her left hand, then placing her foot at the bottom of the door,” the affidavit said.
Adams stepped forward toward the victim as she backed from the doorway and struck her in the face with a closed right fist, the affidavit said. Due to the assault, she fell backwards to the floor and into a supine position, the affidavit said.
After the victim was down, Adams walked toward her, stood over the top of her, and delivered six closed fist strikes to her head and face with both of his hands, the affidavit said.
Adams removed a towel from his head and then delivered an additional three closed fist strikes to her head and face with his right hand as she attempted to roll over into a prone position, the affidavit said.
“Once Adams has completed his delivery of a total of 10 strikes,” to the female victim, he walked back into cell 152 where he locked himself inside, the affidavit said.
The victim was transported by ambulance to the Cushing hospital “where she was treated for multiple fractures of her nose, laceration to the bridge of her nose, multiple contusions about her face and head, and observation due to concussion,” according to the affidavit.
Due to the attack, the victim “underwent surgery to repair her injuries on Jan. 31, 2019,” the affidavit said. Due to her injuries, she was unable to return to work at the time that the affidavit was filed in May of 2019, court records show.
According to DOC and court records, when Adams was 18 in 2003, he was given three 35-year prison terms for three counts of first-degree rape, two 20-year prison terms for two counts of robbery or attempted robbery with a dangerous weapon, two 10-year prison terms for robbery or attempted robbery, four 10-year prison terms for kidnapping, two 10-year prison terms for assault while masked or disguised, one five-year prison term for kidnapping, one five-year prison term for concealing stolen property, one two-year prison term for possessing cocaine, and one two-year prison term for unauthorized use of a vehicle, all in Oklahoma County in 2002. All of those prison terms were ordered to run concurrently, but the four-year prison term he was given Friday for attacking the Cushing prison counselor was ordered to run consecutively, as part of plea bargain with the prosecution.