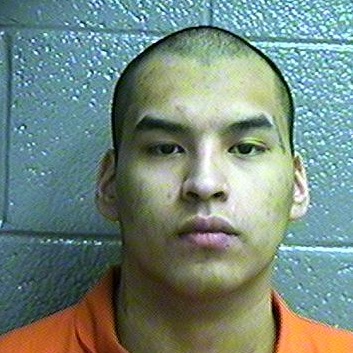 (Stillwater, Okla.) — A convict from Muskogee has been charged with punching a Cushing prison guard 10 times in the face on May 21, 2020, in a case investigated by the Oklahoma Department of Corrections, which was filed earlier this month in Payne County District Court.

The guard at the Cimarron Correctional Facility in Cushing suffered extensive facial fractures and was treated by a trauma physician at St. Francis Hospital in Tulsa, according to Payne County court records.

Due to his criminal record, Jacob Z. Foster, 24, who has been transferred to the Oklahoma State Penitentiary in McAlester, could receive as much as a life prison term if convicted of aggravated assault and battery on a corrections officer. His arraignment date in Payne County District Court has not yet been set.

Foster was 19 when he was convicted in 2016 of conjoint robbery in 2015 in Muskogee County and given a 15-year prison term followed by 10 years of probation, DOC records show.