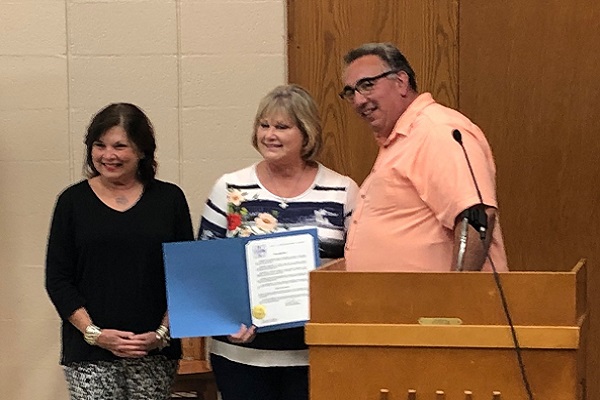 Pictured from left: Suzie Crowder, Grace Ellsworth, Don Amon, Chairman of the Board of Commissioners
Posted on September 17, 2019

Accepting the proclamation were members of the Daughter of the American Revolution (DAR) Cushing Chapter, Regent, Suzie Crowder and Vice Regent, Grace Ellsworth.

Constitution Week is the commemoration of America’s most important document.  It is celebrated annually during the week of Sept. 17 – 23.