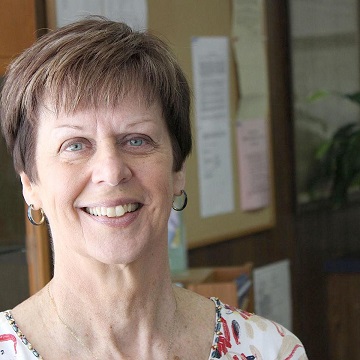 “I am so looking forward to working with City Manager Terry Brannon, his staff and the Cushing City Commission in providing services to the Cushing residents and community. Local government is my passion, and I can’t say enough about how much I appreciate this opportunity.”

“Given the recent challenges our organization has endured – from a pandemic to the unprecedented winter storm, I felt it was imperative to bring in a stabilizing presence. Mary is a well-respected leader throughout the state with a wealth of knowledge that she will use to provide solutions that will be cross-departmental in nature and involve collaboration with community stakeholders to meet the needs of the people of Cushing,” said City Manager Terry Brannon.

Ms. Rupp of Perry, Oklahoma has served in local government for 45 years beginning in Stillwater where she worked her way up through the ranks retiring as deputy city manager. She then spent four years as Perry city manager followed by a temporary assignment as interim city manager for the City of Norman.

Ms. Rupp is a graduate of Kansas State University with a degree in Education. She has lived most of her adult life in Noble County, Oklahoma where she and her husband Marvin have made their home and raised their family. Marvin is retired from Ditch Witch in Perry.

Ms. Rupp is a full member of the International City and County Management Association (ICMA). She chaired the ICMA Committee on Changing Roles of the Assistant and co-authored an article for the ICMA Public Management magazine. Also, a full member of the City Management Association of Oklahoma (CMAO), she served as the first female CMAO president. While with the City of Perry, Mary was an elector on the Oklahoma Municipal Power Authority Board of Directors.

Ms. Rupp was inducted into the Oklahoma Hall of Fame for City and Town officials in 2018. She was also the recipient of the Oklahoma Municipal League Don Rider Award for individuals who made significant contributions to their community as well as to their profession.

Ms. Rupp is a volunteer on the Payne County Drug Court Board of Directors, currently serving as vice chair. She is also a member of the Sumner Volunteer Fire Department Board.

Ms. Rupp credits her longevity in local government service to the support from her family, guidance from her mentors, and encouragement and friendship from her many co-workers and colleagues.