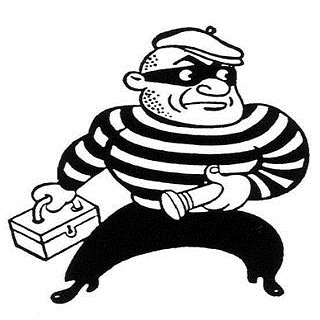 Posted on October 14, 2021
By Patti Weaver
(Stillwater, Okla.) — A 22-year-old Osage man, who admitted burglarizing a rural Glencoe barn where saddles were stolen and pawned in Perkins, has been placed on seven years of probation except for serving 180 days in the Payne County Jail as part of a plea bargain with the prosecution approved in court last week.
Former Coyle resident Augustus Sioux May was ordered to pay $1,810 in fees along with restitution in an amount to be determined, have no contact with the victims, perform 80 hours of community service, and enroll in Work Force Oklahoma as probation conditions by Payne County Associate District Judge Stephen Kistler, who gave him a concurrent five years of probation for concealing two stolen saddles.
On Sept. 19, 2019, Texas and Southwestern Cattle Raisers Association Special Ranger Bart Perrier, OSBI Agent Kevin Garrett, Osage County Sheriff’s deputies and Payne County Sheriff’s Deputy David Sloan had gone to a house in Osage to serve May with an arrest warrant for concealing stolen property from a Payne County burglary on Sept. 10, 2019, from which stolen saddles were pawned in Perkins, an affidavit said.
During questioning, May said that he used to live on the rural Glencoe property on E. Lone Chimney Road, knew the layout of the barn, and heard that a team roper had bought the place, the Payne County deputy’s affidavit said. “May advised he knew a team roper would have tack that could be sold. May stated he was in a bad place financially and needed to get some quick cash,” the affidavit said.
After finding no one home on the rural Glencoe property, “May advised he went to the barn to look for anything he could sell,” where he found saddles and bridles, the affidavit said. “May advised he has been in the horse industry his entire life and knew he could sell the tack. May stated he took three saddles, six to eight head stalls with bits, and a pair of boots with spurs on them,” the affidavit said.
May admitted to pawning two saddles in Perkins and a trophy saddle in Pawhuska, the affidavit said. “May advised us the spurs were at his family’s lake house at Hominy Lake and the head stalls and bits he threw into the Arkansas River from the Bedford Bridge. May took me to the cabin at Hominy Lake and retrieved the spurs from inside the cabin.
“Special Ranger Perrier advised me he would contact the Osage County Dive Team and attempt to locate the head stalls and bits in the river. Special Ranger Perrier further advised me he would follow up with the saddle pawned in Pawhuska and file charges in Osage County,” the Payne County deputy wrote in his affidavit.
According to Osage County court records, on Sept. 2 of this year, May was placed on five years’ probation with an order to pay $1,000 restitution for receiving stolen property in 2019. May was also given seven years’ probation on Sept. 2 of this year for assault and battery in 2019 in Osage County, along with malicious injury to property.
According to Kay County court records, an arrest warrant for May was issued on Sept. 17 of this year on a charge of larceny of copper wire.