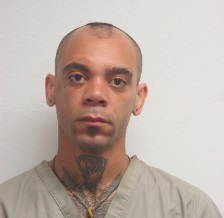 (Stillwater, Okla.) — A convicted sex offender released on $10,000 bail after being arrested by Cushing Police Office Alex Gegen failed to appear in court on Jan. 7 before Associate District Judge Stephen Kistler, who then issued a bench warrant for his re-arrest.

Thomas Lee Mays, 32, who got out of prison in September of 2018, listed an address in Agra when he posted bond on a charge of failing to comply with registration requirements.

The Cushing police officer had been notified on Feb. 5, 2019, by records keeper Susan Dooley that she had received information that Mays had been staying at a residence in Cushing, Gegen alleged in his affidavit.

When two Cushing officers went to a house on Greenlee Street to ask if May was living there, the homeowner replied, “Yes, for about two months,” the affidavit alleged.

After Mays came out of the house, “I asked May how long he has been at the residence,” the Cushing officer wrote in his affidavit.

“Mays stated that he did not live there but he was there during the day” to take care of a relative, the affidavit alleged.

“He stated that he lived in Agra, but would walk to the residence to take care (of his relative) and then would go back to Agra at night,” the affidavit alleged.

Another man “stated that Mays and he had come over to the house at the same time and they were staying in the residence together with about six other people,” the affidavit alleged.

When Mays was asked again how long he had been there, “Mays stated he had been at the house for at least a month,” the affidavit alleged.

“He said that he would go back to Agra every once in a while…Mays was asked why he has not registered as a sex offender. Mays stated that he did not know what he had to do to register,” the affidavit alleged.

According to Lincoln County court records, Mays was charged in June for providing false registration information, a felony on which he has been scheduled to have a preliminary hearing on Feb. 27 in Chandler.

State Department of Corrections records show that May had previously been convicted of:

* unauthorized use of a vehicle in Creek County in 2005 for which he was sentenced in 2007 to a two-year prison term of which he served about half;

* drug possession in Payne County in 2009 for which he was sentenced in 2011 to two years and 11 months of which he served about seven months;

* indecent exposure in Payne County in 2011 for which he was sentenced in 2011 to a concurrent three years of prison of which he serve about seven months, followed by seven years of probation, but the balance of that was revoked in 2015 and he served two more years;

* failure to register as a sex offender in Lincoln County in 2013 for which he was sentenced in 2015 to a consecutive five-year prison term of which he served one year and five months between April of 2017 and September 2018.