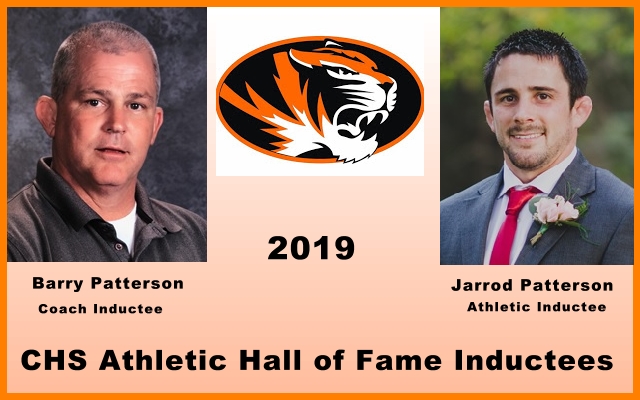 Barry Patterson, a 1985 graduate of CHS, was the Head Wrestling Coach for the Tigers from 2001 to 2009. During his nine years as Head Coach, Barry had a record of 133-24 and won 3 State Championships and 6 Dual State Championships. He coached 18 individual state champions along with 49 state placers.

Barry was selected as the OCA East All-State Coach in 2003. In 2005 Barry was recognized as the NWCA Oklahoma Coach of the Year, and in 2011 he was inducted into the Oklahoma chapter of the National Wrestling Hall of Fame.

Jarrod Patterson is one of only 13 wrestlers in OU history to have over 100 career wins.